Freda Brittain’s key to longevity: church, family and a life of hard work 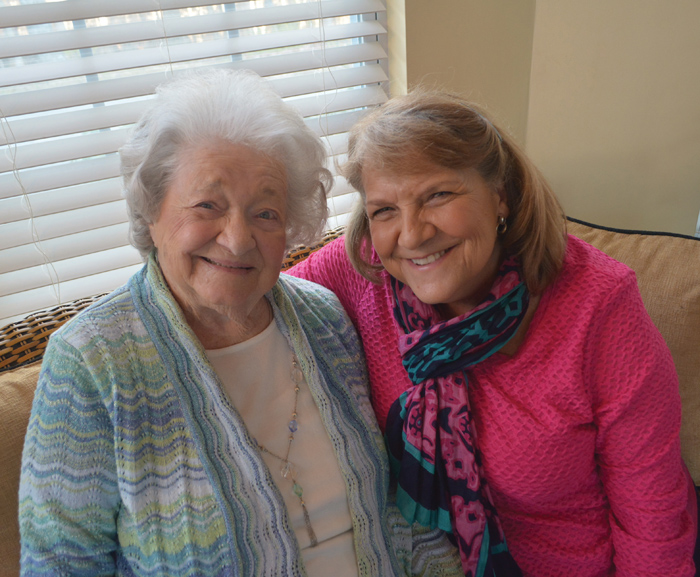 Freda Brittain and her daughter, Jean. Freda says she made it to 100 by never smoking or drinking, and leading a life of hard work. SUSAN SHINN TURNER PHOTO

TYRO — Jean Young’s comfortable sunroom is the perfect place for her and her mom, Freda Brittain, to reminisce about a long life well lived.

Today, Freda’s friends and family are gathering at Tabernacle Baptist Church to celebrate her 100th birthday. There will likely be many stories told and retold.

Five years ago, Jean sat down and talked with her mom as part of a nursing course she was taking.

Of course, when someone becomes a centenarian, they’re always asked how they made it. Freda’s answer is that she never drank or smoked, and lived a life of hard work.

Freda’s father, Charlie, was killed when she was 5 in an accident when a giant steam-powered threshing machine exploded. The news made the front page of the Salisbury Post on June 28, 1925.

“My mother had to raise us,” Freda says. “She did a good job. She knew how to carry on. We had a small farm.”

Fannie Morgan never remarried. Freda was raised on Stokes Ferry Road, on property that’s now Morgan Ridge Winery. She grew up as a Morgan, and has good genes in her family.

“My grandmother lived to be 99,” Jean says, “and she had the biggest hands I’ve ever seen.”

When Freda was 9 or 10, she’d help her mother cut wood with a cross-cut saw.

“She’d be on one end and I’d be on the other,” Freda says. “She could pull it so much better than I could.”

The family sold eggs, butter and milk. They ate rabbits, but sold the hides, which were used to make fur collars and line gloves.

Freda was one of nine children. One sister died as a baby from whooping cough.

“Mother didn’t say a whole lot about my daddy after he was killed,” Freda says. “But sometimes I’d see her with tears running down her cheeks when she was patching the boys’ pants. We had a neighbor who had lost a husband, and she’d come and they’d cry together.”

Freda continues, “She was real hardworking. She had worked on the farm with my daddy before he died, and learned a lot from him.”

The family ate its big meal at lunch time, Freda says. “We grew most of our food in a garden right beside the house. We had cabbage, onion, sugar peas, beets, okra, limas, corn and tomatoes. And Mother made sourdough bread. That was real good.”

Freda’s mother cooked a skillet full of baked sweet potatoes as an after-school snack, and she also remembers eating popcorn.

“I didn’t know there was a Depression,” Freda says. “I knew that some people had more than we did.”

When Freda was in the 10th grade, she dropped out of school to help her mom. Several years later, she became a live-in sitter and housekeeper — her first public job — for her new pastor and his wife, who had two boys.

One day, the pastor told her that a good friend of his was coming to paint the church doors.

It sounded like a set-up to Freda, and sure enough it was. The man was Walter Brittain, who later became her husband on Jan. 4, 1942. Walter died in 1987 of bladder cancer. 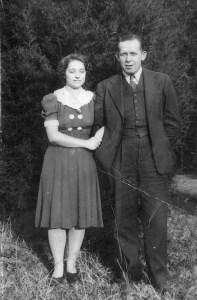 “I had never dated anyone before that,” Freda says. “I didn’t want a boyfriend. I was close to my mother.”

Freda turned out to be a fabulous seamstress.

“I made my children’s clothes,” she recalls. “Dr. Shaver’s wife owned a children’s shop and I made dresses for it.”

Jean puts it this way: “She became a superb seamstress making every stitch of clothes for her family, including intricate designs and wedding dresses. Sewing became a satisfying past-time, shopping for fabric and pattern bargains became a hobby while innovatively providing for her family. Her family was well dressed for all occasions.”

After the children started school, she returned to work as a seamstress in a coat factory, retiring at age 62 to care for her husband.

Away from work, Freda made quilts. “If I had a hobby, that would be it. I made a lot of quilts. I also loved plants and flowers, and at one time had a lot of dahlias.”

For a long time, she placed flowers on the altar for church services.

“I did the best I could with it,” she says. “Sometimes there would be wildflowers, and I’d get Walter to stop the car and I’d go get a bunch.”

She’d pick out goldenrod and larkspur and Queen Anne’s lace.

Freda is the last living charter member of Tabernacle Baptist, founded in 1954. She was honored at the church’s 65 anniversary last year. Freda says she’s looking forward to the big celebration today.

Freda has eight grandchildren and eight great-grandchildren, and many nieces and nephews.

A former neighbor recently asked Jean if Freda were still mowing her lawn. No, Jean says. She stopped mowing at 89. “We forced her to hire a yard man by telling her the neighbors are going to talk bad about her children.” 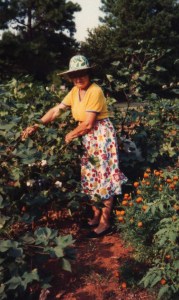 Freda would supply flowers for the church altar.

Still, when the children planned to come and do yardwork, Freda would already have a lot done by the time they got there.

Freda only had two childhood mishaps. One was breaking her arm when she was in first grade. She fell over a basketball in the cloakroom. “I was sick to my stomach with the pain.”

She had to go to the doctor every day to see about her arm, and ended up staying with an aunt in Salisbury. When she was 8, she had a tonsillectomy. Dr. Frank Marsh took her home with him so she could recover. The Marshes, who had no children, offered to adopt Freda, but her mother told him, “I want to keep my family together as long as I can.”

Growing up was not all hard work, Freda says. “We had enough brothers and sisters to make a game.”

They rolled old car tires up and down the road, and her older brothers took turns sliding off the barn roof. A neighbor tried to teach her to swim, but she never learned.

And then one of the kids was the bear.

Freda is the last of her siblings. When she was 85, Freda planned and paid for her funeral.

“I wanted to take the burden off my children when I did die,” she says. She’s got her songs and her outfit picked out — and of course her flowers.

Church is something that’s been part of the rhythm of her life all these years, she says. “We went to church when we were little and we did the same thing after we were married, my husband and I.”