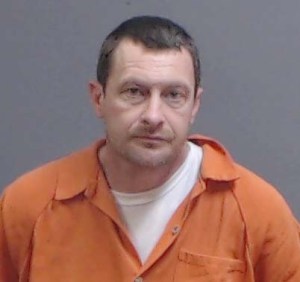 SALISBURY — A Gold Hill man released in January from the Department of Corrections has been charged with felony trafficking heroin and methamphetamine offenses after allegedly selling the drugs to undercover officers.

Dehart remains in the Rowan County Detention Center under a $375,000 bond.

According to the sheriff’s office, DeHart was out of prison one day when he began selling narcotics. In January, members of the Special Investigations Unit and the Crime Reduction Unit began making purchases of methamphetamine and heroin from DeHart.

On Feb. 3, the sheriff’s office said, investigators purchased a large quantity of meth from DeHart at a location on Mooresville Road in Salisbury. Shortly after the purchase, DeHart was located in a white Nissan in the parking lot of the Food Lion shopping center, at 525 W. Jake Alexander Blvd.

DeHart, who was a passenger in the Nissan, was taken into custody and reportedly found in possession of an additional quantity of methamphetamine. A handgun was located in the center console of the vehicle. And officers determined the firearm belonged to DeHart.

A total of 43 grams of meth was seized during the transaction and subsequent stop.

DeHart has a lengthy criminal record, with felony convictions for breaking and entering, possession with intent to sell/deliver schedule II drugs and attempted identity theft.

Because of DeHart’s multiple felony convictions, he was prohibited from possessing a firearm.

RALEIGH – John Vickers of China Grove said it was “surreal” to win a jackpot in his favorite game, Carolina Cash... read more