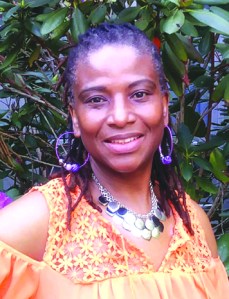 But isn’t it true that a person can be sincere in their belief about a person, place or thing — or even their religious beliefs they held for so long in sincerity of heart — and still be mistaken?

Well, that’s what happened to my brother Solomon. You see, Solomon has been in the States now a few years but does not know a lot yet about the duplication of city names around the country. However, one thing he knows for sure is that I live in Salisbury, North Carolina.

I got a call from him one Sunday morning while in church. Since I could not be on the phone, I briefly told him that I would call him later. After church, when I looked at the phone, I discovered that he had texted me that he was in transit from Charlotte to Philadelphia and that he was at the airport in my city, Salisbury.
You are what? I exclaimed! I hurriedly called him. Wow! I’ve got to come see you before I leave for work. When is your next flight, I asked. 4 p.m., he said. Okay, I should have plenty of time then. Are you sure you are in Salisbury, NC? Yes, he said.

Well, there is no real commercial airport in our city save a small air strip on Airport Road, I added. Yes, I am in your city, Salisbury, NC, he insisted.
Oh well, I told myself, things change every day and besides I have not been on Airport Road for a while, so he may be right.
When I told my pastor that Solomon was at the airport in Salisbury, he too was glad and wanted to go with me, as well as another lady from the church. The last time they saw him was in December 2016, when he ran our revival at the church.

So we drove from North Lee Street and headed for Airport Road via Main Street. When we got there, for sure some things had changed! When I last paid attention, it was called “Rowan County Airport” — and now here stood a big colorful sign that read “Mid-Carolina Regional Airport.”

Wow! Solomon was right after all; they are now flying commercial! We drove through the gate and eagerly entered the little terminal with high expectations of seeing Solomon in the lobby with other passengers. But we were met with a total shock.
The gentlemen on shift told us that they were not a commercial airport, but a private one offering flying lessons. Then where is Solomon? we all asked. Could he have mistaken the Concord airport for Salisbury?

I said I must call him. When he answered his first words were, “Where are you people? I am here looking through the window and I can’t see you.”
Where are you? we asked in unison.
Solomon: “I am at the airport in Salisbury, NC; speak to this lady she will tell you.”
So I got on the phone with the lady, who confirmed that yes, they were on Airport Road in Salisbury at the airport.

Confused and convinced, we turned and went back; by this time it was approaching 2 p.m. and I was getting a little concerned. We decided to take the other entrance thinking maybe that’s where he was. We were wrong, and again to our dismay we met a dead end and a bunch of sky divers.
No, something isn’t right. I called Solomon and in a firmer tone asked, “How long did it take for your flight from Charlotte to Salisbury?” He also got concerned and answered, over one hour.
Oh no, I said, you are not in my city!

Really? He said in a surprised voice. Is there another Salisbury? Yes, I told him.
And with that we all just busted into laughter. And so, that was the end of our quest of finding Solomon.