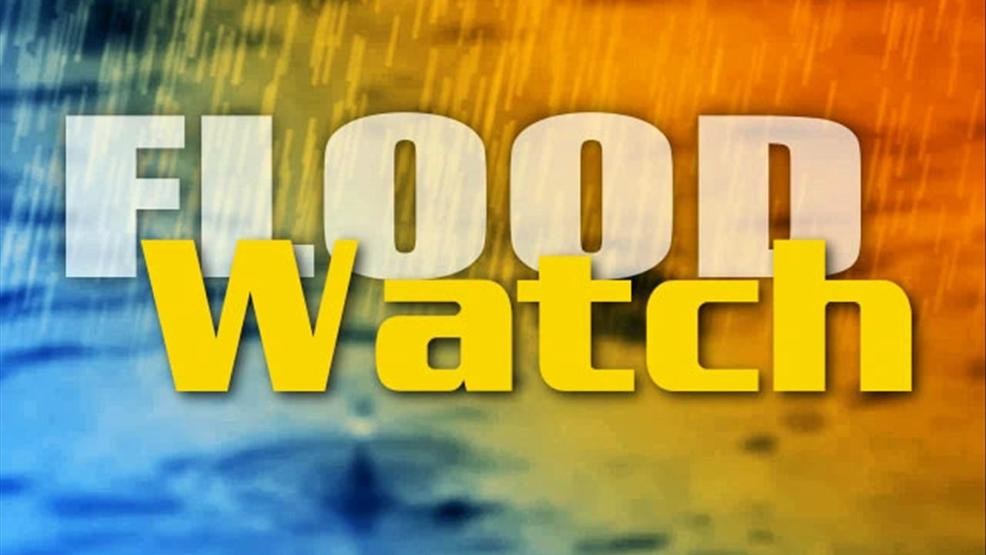 • Bear Poplar Road closed in both directions to to high water.

• Graham Road, both directions, closed due to high water at bridge.

• Upright Road, both directions at bridge, due to high water.

• Sisk carter Road, both directions due to trees and power lines down.

• Mocksville Avenue, both directions due to high water.

• Hollywood Drive in Spencer, closed in both directions due to high water.

UPDATE, 2:47 p.m.: The tornado watch for Rowan County has been lifted.

UPDATE, 1:25 p.m.: Rowan is now under a flood advisory through 3:15 p.m, with widespread reports of street flooding, flooded creeks and standing water.

Areas of Rowan County have had almost 3 inches of rain.

Heavy rainfall will cause ponding of water in urban areas, streets and underpasses, as well as other poor drainage areas and low lying spots. Rapid rises on small creeks and streams will also occur, possibly flooding low water crossings and farmland.

Do not attempt to travel across flooded roads. Remember: turn around, down’t drown.

The city of Salisbury has closed several roads:

• Park Road near Overton and Knox

Update: 10:50 a.m.: Tornado warning for most of Rowan County, including downtown Salisbury, through 11:30 a.m.

Severe thunderstorm warning for Rowan through 11:30 a.m.; winds could gust to 60 mph.

Original story: The National Weather Service has issued a tornado watch effective until 5 p.m. today. A watch means conditions are favorable for the formation of tornadoes.

A warning has been issued for western Iredell County. Strong to severe storms will approach Mount Ulla, Woodleaf and the area around 11 a.m.

The watch includes Cabarrus, Davie, Davidson, Iredell and Stanly counties, as well as the Charlotte are and the Triad.

Tornado warnings have been issued in southeastern Catawba County and  Lincoln County.

Rowan remains under a flood watch until midnight Friday, with a possibility the watch could become a warning. Heavy rainfall is impacting the morning commute, with even more intense rain and storms expected this afternoon.

Rain could fall at the rate of 1 inch per hour. Streams, creeks and rivers could flood. Flooded roads are also a possibility. Rowan will likely have 2-4 inches of rain.

In addition to the heavy rain, thunderstorms are expected to develop this afternoon and evening, and could be strong to severe, with frequent lightning, damaging wind gusts and the possibility of tornadoes, along the southeast of I-85.

Tonight, thunderstorms should taper off by 11 p.m., followed by showers. The low will be 47, with south southwest wind at 8-14 mph, gusting to 23 mph. Another half to three-quarters inch of rain is possible.

Friday will start with a 30 percent chance of showers, then become partly sunny, with a cooler high of 52. The temperature will drop to 46 by 5 p.m. West wind will be at 16-18 mph, with gusts as high as 31 mph.

Friday night will be clear and cold, with more wind. Winds will be west at 5-10 mph, with gusts around 18 mph. The low will be 29.

Saturday will be partly sunny and chilly, with a high of 47. A 40 percent chance of rain is possible after 3 p.m. Winds will be south southwest around 5-7 mph.

A few snow flakes are possible Saturday night, especially after 1 p.m., but it should be gone by morning. It will be partly cloudy and 32, with a 30 percent chance of precipitation.

Sunday will be sunny and 55. The low will be 38, with mostly cloudy skies.

Monday will be mostly cloudy, with a high of 62. A 40 percent chance of rain moves in after 1 p.m. The chance of rain Monday night will be 60 percent, mostly after 10 p.m. It will be cloudy and 50.

Tuesday will also have a 60 percent chance of rain. It will be cloudy and 65. The chance of rain decreases to 40 percent Tuesday night, with a low of 43.

Wednesday will be partly sunny and 60, with a 40 percent chance of rain.