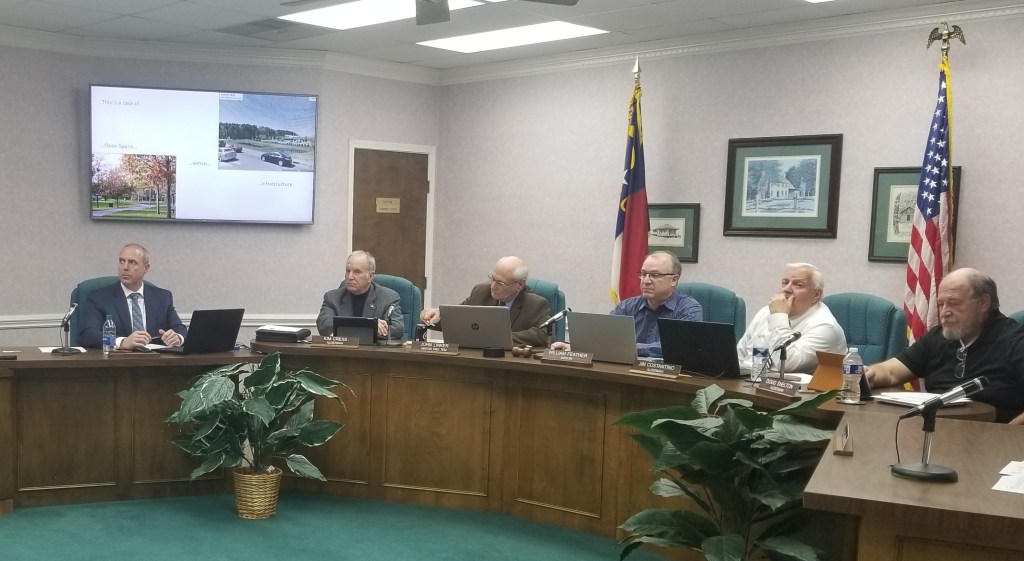 GRANITE QUARRY – The Board of Alderman Monday night made a change to its Unified Development Ordinance that removes a loophole potentially resulting in parts of a subdivision with no responsible party.

The issue specifically addresses open space in a subdivision. That could be a park, trails, lights, signs and parking. Previously, there was a loophole that has allowed subdivisions to be built with no homeowners association formed. That means certain parts of a subdivision could be in limbo when all lots in a development are sold. Retention ponds might not technically belonging to anyone, leaving the town with difficulty identifying a responsible party.

Town Planner Steve Blount said retention ponds specifically have become a requirement for subdivisions developments in the past few years.

Blount said, if he were going to purchase a house in a subdivision, he would want to know someone was responsible for features like retention ponds. The town will take over maintenance for some subdivision roads as well, but that is not always the case.

Blount said the change avoids a bigger problem in the future, and language was added so the change will also apply to mobile home communities.

The change does not affect developments that have already been built; they are grandfathered in, unless there’s a major addition made to an existing neighborhood.

The language specifically requires a home owners association for any subdivision with new roads, stormwater management and collection systems and commonly owned structures in a commercial or residential development where the property is privately owned but includes commonly owned structures. There is also language for multi-family home developments.

Interim Town Manager Larry Smith said the change was made to provide some sense of responsibility for developments.

The board held a public hearing on the issue on Monday evening, and there were no public comments on the change.

• Aubrey Smith was made the permanent town clerk. She previously served as an interim.

• The town’s Board of Aldermen will reconvene this afternoon to enter closed session and discuss the terms of an employment contract. The board recently approved a motion to enter contract negotiations with Smith as a permanent hire.