Long-delayed paving project on Newsome Road to begin this week 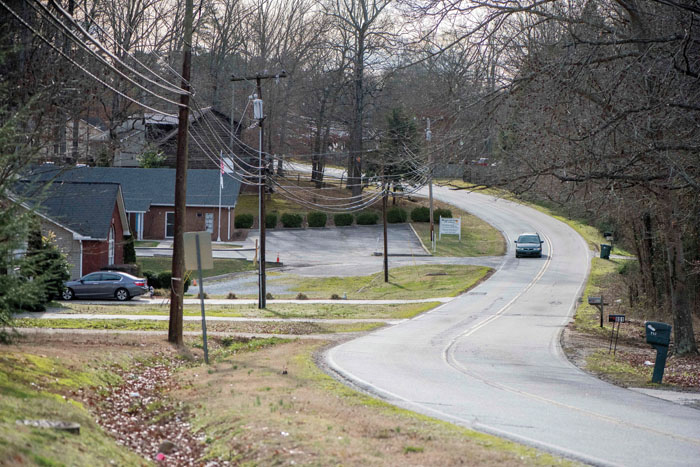 JON C. LAKEY/SALISBURY POST The cures of Newsome Road in the 700 block on Monday afternoon. The long awaited improvements to Newsome Road reportedly to begin this week along the one mile road that connects Bringle Ferry Road and Stokes Ferry Road. The road is a popular cut through for traffic coming in and going out of Salisbury. Salisbury,North Carolina,2/3/20.

SALISBURY — After years of delays, a construction project on Newsome Road is expected to start this week.

An area on Newsome Road from rom Bringle Ferry to Stokes Ferry roads will be widened along with the addition of bike lanes and sidewalks. City Engineer Wendy Brindle said she considers it to be a fairy large project, with construction expected to last 425 days, or until April 2021.

The project was first approved by council in 2014. At the time, City Engineer Wendy Brindle said the widening and bike lane project would be completed in 2015. But the $1.4 million project was delayed because of federal funding.

The city entered into an agreement with NC Department of Transportation for Congestion Mitigation and Air Quality funds, which are primarily funding the project. The agreement is for almost $2.12 million, with a 20% local match. The fiscal year 2020 budget includes $1.88 million for the project, which includes the offsetting state funds. Since the construction of the project will be extended to the next fiscal year, additional funding would be appropriated in the 2021 fiscal year.

JT Russell & Sons, Inc. will supervise the project after the Salisbury City Council in November approved a $2.17 million contract.

The council also approved last month for the manager to enter into a contract with Alley, Williams, Carmen and King to be the inspector when contractors are on site, a requirement that accompanies the state funds. The cost of the service is about $323,000 and the city is responsible for 20%.

According to Brindle, contractors will be on-site on Thursday. They will start by setting up signs for traffic control. Construction will begin on the Bringle Ferry Road end and will be divided into three sections.

There will be access for local traffic during construction.

Specific details for the project include: a widening of the road from a 20-foot wide ribbon pavement section to a 30-foot wide asphalt section, with a 2.5-foot curb and gutter on each side along with storm drainage. The new road will be striped with 11-foot travel lanes and 4-foot bicycle lanes on each side. There will also be a 5-foot sidewalk on the west side of the road.