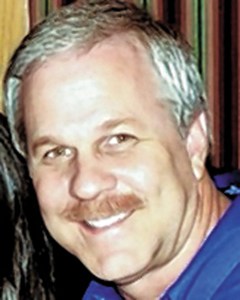 Winter is again upon us, and with it comes the threat of hazardous winter weather which generates not only fear, but copious amounts of local folklore.

The old timers among us can still recite stories of blizzards past, like the Wednesday March snowstorms of ‘61. Or was it ‘60?

I don’t remember. I do remember my feet getting wet and cold from the snow seeping into those cheap rubber boots purchased from the hardware store. And I remember eating lots of hot Campbell’s Chicken noodle soup before journeying out to build yet another snow fort.

You can’t have enough of those.

There was the December ice storm of 2002, which paralyzed the entire county for several days — or even weeks, depending on who you ask and the size of the tale they’re weaving.

My memories of that particular event include the behavior of two goldfish, prizes from that year’s county fair, who dove to the bottom of the fish tank and hid there among some rocks until the power in my home was restored and the heat level returned to normal. I assumed they were dead, but they fooled me and lived for several years.

Winter weather fascinates us and works us into a lather when it’s on the way. We gaze at our phones continuously, monitoring the approaching large blue patches on the radar.

Before the advent of smartphones, we simply gazed at the greying sky and said things like “Smells like snow,” and “I’m pretty sure snow is on the way. There was a ring around the moon last Wednesday. Yep, that means snow.”

There are the panicked trips to the grocery store where we hurriedly navigate the aisles and load up on the staples of life — bread, milk, and toilet paper — enough to last us until the spring thaw, and possibly even the 4th of July. “You just never know,” you can hear shoppers mutter.

You really don’t, so you must buy it all.

The bread and milk I understand, but the buggy load of toilet paper? Perhaps the steady diet of bread and milk will cause rampant diarrhea in the family, and one must be prepared.

When all is gone from the bread and milk shelves, the health food aisle remains fully stocked. Stores never seems to run out of kale and tofu. Stores never will.

When the snowfall finally arrives, it’s peaceful and quiet as it covers streets and roofs and we slowly become a winter wonderland. We settle in to our cozy homes, curled up with a good book. We are totally relaxed.

Well, we are until someone realizes we are dangerously low on peanut butter. How could we have forgotten that? And we bought raspberry instead of strawberry jelly, and no one likes raspberry. Emergency plans must be made for another trip to the grocery store, lest we all perish.

We seek out the family member with a four-wheel drive vehicle, and they are immediately nominated to risk life and limb for peanut butter and strawberry preserves.

But wait. The snow has stopped. The skies are clearing. The weatherman now says it blew through faster than expected, and tomorrow’s high will be 64. Hmmph, the great blizzard is over.

All that will remain of it by this time tomorrow is the task of returning 43 rolls of toilet paper to the local Food Lion.

Such is the life of a Carolina snowstorm.

SALISBURY — To start its centennial celebration, the Salisbury Kiwanis Club on Friday presented 10 awards to people who exemplify... read more