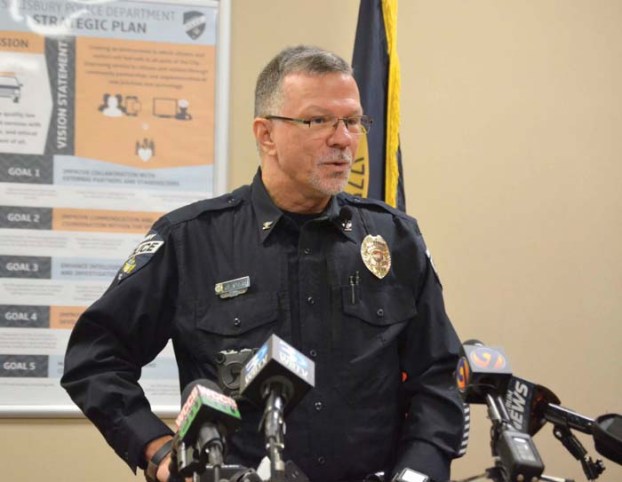 The mass shooting at Thelma’s Down Home Cooking on Sunday, Jan 26 is a tragedy for any number of reasons. And while a number of police officers took action to prevent the incident from becoming worse, one in particular deserves recognition.

As Police Chief Jerry Stokes said during a news conference last week, an unnamed Salisbury police officer found the most seriously injured person following the shooting and transported the person to Novant Health Rowan Medical Center in his police cruiser. The scene was too chaotic for EMS to immediately respond, and witnesses have described sprinting away from the restaurant that had been transformed into a nightclub.

“Officers were unable to identify anyone who fired the shots and gave quick attention to trying to locate victims and securing the scene so no additional shots were fired,” Stokes said during a news conference.

That an officer transported the most seriously injured victim via police cruise to the hospital “likely saved the victims life by getting him to the ER quickly,” he said. For his quick action, the officer and those who assisted him in getting the injured person to the hospital deserve to be publicly recognized by the city. Without the officer and those who helped him, the incident at Thelma’s could have quickly become a homicide.

Meanwhile, as the city recognizes the action of police officers who responded, there are plenty of questions to go around.

At the same time as the event at Thelma’s, there was an event going on in the neighboring West End Plaza Events Center, a former J.C. Penney’s store. Was there county staff present at the former mall on Jan. 26? If not, why not? If so, why didn’t staff shut down what County Attorney Jay Dees called an “unapproved event” that violated the lease for Thelma’s?

And if law enforcement had concerns about the event, as Stokes indicated, why didn’t police department leadership approach top county staff or commissioners with those concerns?

It appears news of an Aug. 24 incident in which a disorderly crowd in the parking lot prompted a police response and law enforcement concerns about the second party did not make it to the right people or was not relayed at all. The police department couldn’t possibly have known details of the lease for Thelma’s. But three years ago, the city created the Rental Property Remedial Action Program to connect landlords with the police to know what activity is happening on rental property. The program was created, in part, for landlords who live elsewhere, but there are certainly local folks who do not know about misconduct on their property. In that same vein, top county staff or commissioners would have been a good destination if police had concerns.

If county staff knew, why didn’t they shut the party down in advance, especially if there were other issues like late lease payments and unpaid taxes?

Two other questions: What do county commissioners and/or staff intend to do with the restaurant space once Thelma’s moves out and what safeguards will they put in place for a future tenant?

No one could have predicted the party would end the way it did. Permanently preventing tragic events like the shooting ranges is impossible, but there’s merit in questioning what went well in advance of the party and what needs to change.

Quotes of the week: ‘New breaches of your lease’

“While we have worked with you in the past regarding past due rent payments, the recent shooting event of the... read more