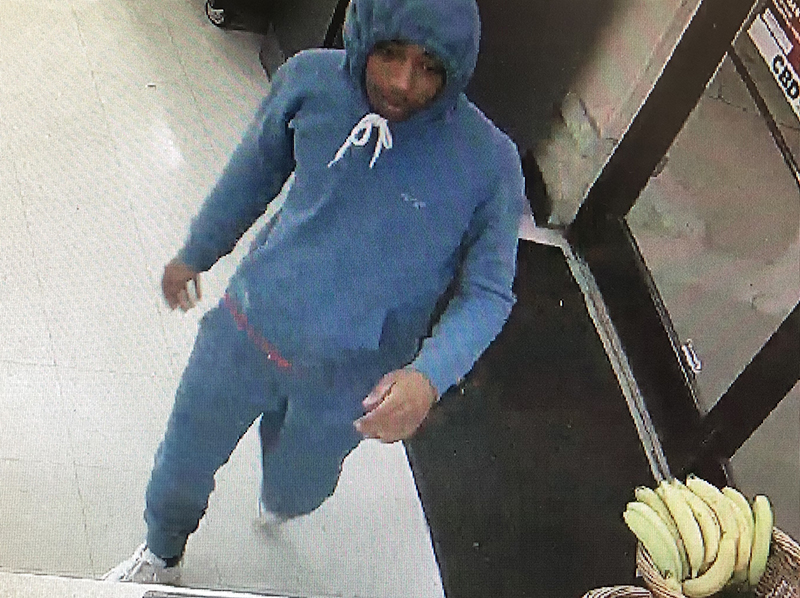 This image provided by China Grove police shows a suspect in a robbery Saturday.

CHINA GROVE — Police are asking for the public’s help in locating a suspect in a Saturday robbery at Circle K on North Main Street.

The China Grove Police Department at 4:55 a.m. Saturday responded to a call about a robbery at the gas station and convenience store at 513 N. Main St. A news release said a man entered the store and demanded the clerk turn over money and cigarettes. He left with a case of lottery tickets from the Circle K, police said.

Police said he did not show a weapon to the gas station clerk but said that he was armed.

Police described the man as being a black male in his early 20s, close to 6 feet tall, of a thin build and having several tattoos on his left arm, around the wrist. Police said he was wearing blue jeans, white shoes and a blue sweatshirt.

The China Grove Police Department is asking anyone with information about the incident to call Sgt. Jason Overcash at 704-857-7755 ext. 207 or contact Crime Stoppers at 1-866-639-5245 or going to tips.salisburyrowancrimestoppers.org