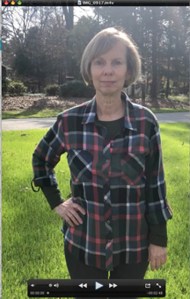 View the video at www.https://www.youtube.com/watch?v=kDBvFAwXtjI

The young baseball player began to step up to the plate, while holding a bat that was about as big as he was.

But, before he positioned himself, he looked around, searching for the presence of the one he most wanted to see – his father.

He knew his dad had promised he would be there that day, but he was unable to see him in the crowd.

It only took one pitch – and he was off! Rounding the bases as quickly as those little legs could carry him, he heard a voice from the stands, “Keep going! Keep going!”

He recognized that voice – as the voice of his father.

As he touched home plate to complete his first ever home run, he looked up – and there he was – his father running toward him to scoop him up in his arms.

As he swung him around, the son cried out, “You were here the whole time – and I didn’t even know it!”

While witnessing this, and hearing those words from a child, I was reminded of the story of Jacob in Genesis 28. Jacob was in a hard place in life. A dark place. A cold place. A lonely place.

I can almost envision the pain, fear, exhaustion, desperation, and perhaps tears that he experienced while in that place. The sun had set, so he stayed all night, and used a rock for a pillow.

It was not a comfortable place to be.

It was a hard place to have to stay.

Because God showed up – to let him know that He was with him in ALL places – wherever he went – and that He would never leave him.

As Jacob began to awaken from the dream, the reality of the personal life-changing encounter with the Creator of the World left him with these words in his heart and burning on his lips, “Surely the Lord is in this place, and I knew it not.”

It had not been about the place at all.

It had been about the Presence – of the Father.

God WAS there the whole time.

God IS there the whole time.

God WILL BE there the whole time.

Or we do not even notice.