Super Bowl: A nice mix of history and excitement 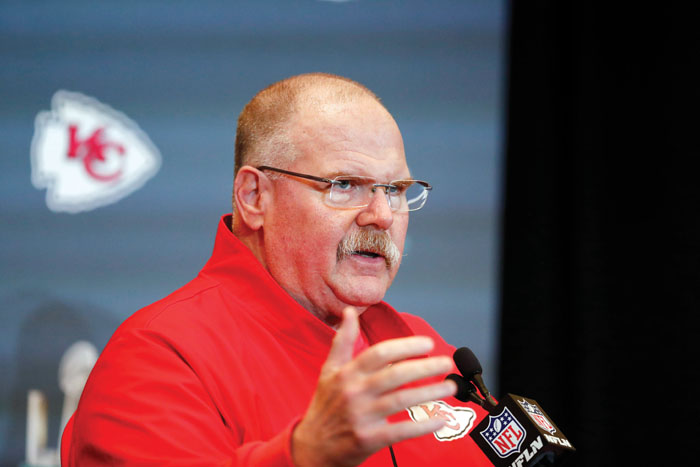 MIAMI (AP) — Few Super Bowls in recent memory have appeared as competitive as the San Francisco 49ers against the Kansas City Chiefs.

No wonder there’s a little more buzz about this one.

History and excitement are a nice combination for any championship game.

The history stems from the Chiefs seeking their first title since 1970, when they won the fourth Super Bowl in the final matchup of AFL-NFL. The full merger took place the next season — and Kansas City hasn’t been back to the Super Bowl for which its founder, Lamar Hunt, provided the name.

“I think he would be amazed,” said his son, Clark Hunt, who now oversees the Chiefs. “He and my mother actually talked about that at one of the last Super Bowls they attended together about 15 years ago. He said, ‘I always knew it was going to be big, but I didn’t know it was going to be this big.”

Then there’s Andy Reid, whose NFL head coaching resume goes back to 1999 in Philadelphia. He has a Super Bowl ring from work as an assistant coach in Green Bay, but Reid is 0-1 in the big game.

“Just getting him here isn’t the goal,” star tight end Travis Kelce said. “Winning this thing for him is.”

San Francisco is seeking its sixth Vince Lombardi Trophy, which would equal the record held by Pittsburgh and New England. The 49ers also are looking to be only the second team to go from 4-12 the previous season to the top of the heap.

“It’s been quite a journey,” said halfback  Raheem Mostert, who himself has had quite the sojourn in the NFL. He was cut by seven teams and was a special-teamer for the 49ers before getting a chance — and taking off running with it. Mostert rushed for 220 yards and four touchdowns in the NFC title game.

“This franchise has a lot of history and accomplishments. Of course we want to add to that.”

Mostert is one of a field full of players who will push the thrill throttle to the floor and keep it there. So is Kelce.

But Kelce might not be the best tight end in the game. It’s close, but 49ers All-Pro George Kittle is just as capable of breaking open this Super Bowl with something spectacular.

And celebrate it almost as adeptly as J-Lo and Shakira will fill the halftime stage.

Both teams have wideouts capable of swinging momentum in their team’s favor. For the Chiefs it’s perhaps the speediest group the NFL has seen. Tyreek Hill is sure of it.

“If I’m healthy and my mind is in the right place, I’d go try out for the Olympics, put together a relay,” Hill said. “We’d show these track guys, ‘Hey, we football players can do that, too.’”

“It almost looks like they got their roster from the Olympic relay team and threw them all on the football field,” 49ers defensive coordinator Robert Saleh said. “Not to say they can’t run routes and catch either, because they can do that. They’re a special group and you can see why they’re there.”

Still, the 49ers have a clutch receiver in veteran Emmanuel Sanders, a rookie with no fear of going anywhere on the field — or above it — to make a catch in Deebo Samuel, and an emerging talent in Kendrick Bourne. Just like with Kansas City, they’re capable of making a difference.

So is San Francisco’s defense, and it will need to be at optimal precision to deal with perhaps the most electrifying player of them all in this Super Bowl: Chiefs quarterback Patrick Mahomes.

The 49ers have a powerful pass rush sparked by a deep front four that includes a sack threat at every spot — including one rookie,  Nick Bosa. A year ago, the Niners were so bad they had the second overall draft pick. They took edge rusher Bosa, and look where they are now.

The Niners have 57 sacks including the playoffs, with veteran linebacker Dee Ford, Bosa, Arik Armstead and DeForest Buckner all having at least 7 1/2.

Fred Warner has developed into a versatile linebacker and  Richard Sherman remains one of the NFL’s great cornerbacks — an action guy who will love taking on Mahomes.

“We believe in each other,” Sherman said. “We believe in the scheme. We believe in what we’ve done all year, and we plan on going out there and putting a good product on tape and seeing how it goes.”

For Kansas City, whose defense performed particularly well down the stretch of the regular season but hasn’t been so stingy in spots during the postseason, how it goes Sunday very possibly will depend on how successful Mahomes is. The 49ers don’t need their QB, Jimmy Garoppolo, to be extra special; he’s been more of a caretaker behind that monstrous running game and defense in the two postseason victories.

Make no mistake about Mahomes: Kansas City needs him to be, well, vintage Mahomes.

Which means big plays with his arm, thrown from angles we didn’t know existed. Howitzer throws as he rolls out — even to his left — and doesn’t bother fully planting his legs. Maybe even the tightrope kind of run down the sideline that still has NFL folks shaking their heads in wonder.

“You have to accept the excitement that it is,” Mahomes said this week as he stood on a podium and spoke to reporters. “It’s amazing to be here, to be in this atmosphere, to be at this podium. It’s where you want to be when you start training camp in St. Joe, Missouri. For me, to be in this moment, I’m just enjoying it as much as possible.”

Chances are, Mahomes and his teammates, along with the 49ers, will produce one of those enjoyable, memorable, perhaps even classic Super Bowls.