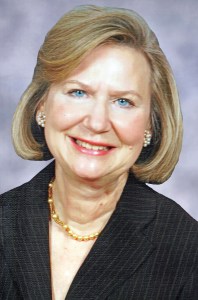 The city has memberships to both conferences and paid for the mayor’s attendance. Alexander said “it was a firehose of information” and that she learned about affordable housing, early childhood education, ensuring citizens are counted in the census and grant opportunities for pet owners and veterans.

Alexander also met with congressional staff to follow up on the city’s federal action plan, a council-wide wish list of projects the city wants to progress in 2020.

“I’m very anticipatory of getting results,” she said.

Alexander said the conferences are important and that she has brought ideas back that are now implemented, including the Mayor’s Play Ball initiative and learning innovative ways to implement projects that contribute to the well-being and success of the community. She said the conferences also help with grant money being awarded, saying communities like Hickory, Statesville and Goldsboro received multi-million dollar funding after several years of grant applications and attending .

“Everything is an investment, especially if we’re bringing something back,” she said.

Education has been a self-proclaimed focal point of the council. And Alexander said at the Mayor’s Innovation Project she learned of creating a coalition of 501 (c)(3)s that would include nonprofits like Smart Start Rowan, pre-K programs and private daycares.

Alexander said the council needs to get more creative with how to leverage dollars since the city does not get federal or state funds to help with education. The school system, however, does.

Meanwhile, Alexander said it is important to get as many as citizens counted as possible in the 2020 census.

The money can support infrastructure, public services and housing, she said.

Alexander said she learned about a Mars Company grant program that helps make better cities for pets. She is the liaison for the Parks and Recreation Advisory Board and plans to share information about it with board members and city staff.

She also learned about the possibility of bringing an E-sports competition to Salisbury and capitalizing on the city’s broadband system, Hotwire.

Alexander said during her trip she met with William F. Crozer, special assistant to the president and deputy director of White House Office of Intergovernmental Affairs; Scott Turner, executive director for the White House Opportunity and Revitalization Council; Ben Carson, U.S. Department of Housing and Urban Development secretary; and others. The group followed up on discussions from an “opportunity zones” tour last fall.

Alexander said she plans on being proactive and implementing what she learned.