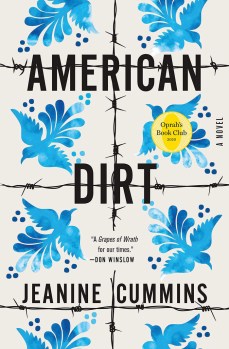 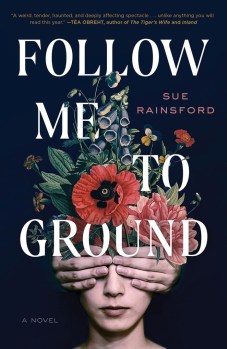 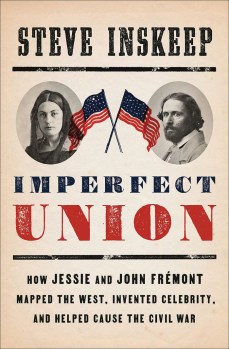 The book that everyone is talking about this month is “American Dirt,” by Jeanine Cummings. It’s raised quite a bit of controversy, while gaining praise from other writers and some reviewers.

Oprah picked it for her book club. It is one of Publishers Weekly’s picks of the week; it was chosen for the Barnes & Noble Book Club.

Cummins writes an account of a Mexican mother and son escaping to America from a vengeful drug cartel that has already killed their entire family. It sounds like the plot of the latest action movie.

It’s earning a lot of attention because the writer is not Latinx, has no migrant experience and uses overblown descriptions and violent acts.

NPR’s Maureen Corrigan writes, “… a literary novel, to be sure, with nuanced character development and arresting language; yet its narrative hurtles forward with the intensity of a suspense tale.”

She continues, “‘American Dirt’ is the novel that, for me, nails what it’s like to live in this age of anxiety, where it feels like anything can happen at any moment.

The Washington Post reviewer called it “thrilling and devastating … In its representation of the humanitarian crisis at the southern border.” She calls the book a “vital chronicle of contemporary Latin American migrant experience.”

On the other hand,  the New York Times reviewer found the book a waste of time, saying, “This peculiar book flounders and fails… the writing grows so lumpy and strange it sounds like nonsense poetry … What thin creations these characters are — and how distorted they are by the stilted prose and characterizations.”

But Lauren Groff, writing for the New York Times Book Review, found it so compelling she began to pace her house as she read it. “The book’s simple language immerses the reader immediately and breathlessly in the terror and difficulty of Lydia and Luca’s flight. The uncomplicated moral universe allows us to read it as a thriller with real-life stakes.”

It stands to reason this is a book that will provoke discussion, and that’s always a good thing. It might also raise awareness and send readers searching for a more representative story.

Another book garnering attention this week is “Follow Me to Ground,” by Sue Rainsford, a debut novel that follows a supernatural healer. The book is called a haunted, surreal novel.

It has mythology at its base as the healer, Ada, meets Samson, her new lover.

Ada comes from the Ground, a place where she and her father have the power to heal illness and the patients are temporarily buried in the reviving Ground.

Rainsford is exploring the dimensions of womanhood, and how the body still holds many secrets. Do illnesses ever really go away?

This is a blend of fairy tale, folktale and horror.

Kirkus Reviews calls it strange, lyrical and arresting. Tea Obreht, author of both “The Tiger’s Wife” and “Inland,” calls it “a triumph of imagination and myth-bending — a weird, tender, haunted and deeply affecting spectacle, equal parts beauty and horror, and unlike anything you will read this year.”

If you prefer non-fiction, Steve Inskeep offers “Imperfect Union: How Jessie and John Frémont Mapped the West, Invented Celebrity and Helped Cause the Civil War.”

Inskeep is earning praise for bringing the Frémonts out of obscurity and  bringing  Jessie, especially, long-deserved attention.

Janet Maslin writes in The New York Times, “In writing about both Frémont and his wife, Jessie, the aggressive promoter of his career, Inskeep does two important things. He shines an unsparing light on his subjects, and he finds unnerving similarities between the Frémonts’ America and our own.”

Inskeep is praised for his insights on how celebrity affects our culture and how these two people left a mark, long neglected, in American politics.

Who are the Frémonts and why should we know them? In 1856, John Frémont was the first ever Republican nominee for president, and the Republican party, at that time, opposed slavery. Frémont was involved in the political movement that helped trigger the Civl War. He was also an early celebrity, he and his wife promoting his accomplishments. He was supposed to map the Oregon Trail and other places, and he came back with dramatic tales to promote the West and entice Americans to settle there.

Wife Jessie, should have been a boy, hence her name, and her father, Thomas Hart Benton, took her hunting and to work with him in the Senate and to visit the president. She wanted all that for herself, but because she was a woman of the 19th century, she had no opportunities, until she married Frémont and became his secretary, his editor and his political representative, as well as his publicist.

John and Jessie Frémont were what we call today influencers, and Inskeep, host of NPR’s Morning Edition, makes their extraordinary lives extraordinarily fascinating.