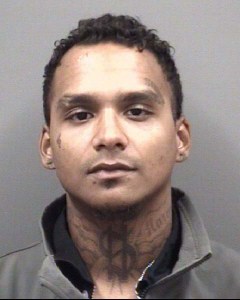 LANDIS — A Kannapolis man is expected to be charged with assault following a Friday night stabbing at a Landis home that left another man hospitalized, according to the Rowan County Sheriff’s Office.

Deputies responded to the 800 block of South Kimmons Street, just before 11:30 p.m. on Friday. The victim, Eric Lee Bell, 24, was inside an ambulance being treated for multiple stab wounds. He was stabbed three to four times in the abdomen and one or two times in the right thigh, said Capt. John Sifford, of the Rowan County Sheriff’s Office.

He was taken to Carolinas Medical Center-NorthEast and refused to cooperate or tell law enforcement who stabbed him. Others at the scene also were not helpful, Sifford said.

Bell’s girlfriend told deputies that Bell, Devan Brown and others were drinking at the home. She was in another room and heard shouting and what sounded like an altercation. She heard Bell tell someone, “Stop stabbing me,” Sifford said.

The woman told deputies she shoved Brown, who was punching Bell. She went to the kitchen to call 911 and provided Bell with first aid. Investigators found a two-pronged kitchen knife with blood still on the blade. The woman told Brown to leave.

On Saturday, deputies spoke with Bell who was still in the hospital. He reportedly became belligerent and refused to answer questions, according to the Sheriff’s Office. He began removing his IV and blood pressure cuff from his arms. Eventually, Bell told the deputies it was Brown who stabbed him and told the deputies to leave.

Deputies began searching for Brown at an address off Ridge Avenue in Kannapolis. He was arrested on Tuesday and remains on a temporary hold for a parole violation. Warrants are expected to be served on Brown for assault with a deadly weapon inflicting serious injury with intent to kill.

KANNAPOLIS – Former Kannapolis Mayor Bob Misenheimer died Tuesday, Jan. 21, at the age of 88, after a period of... read more