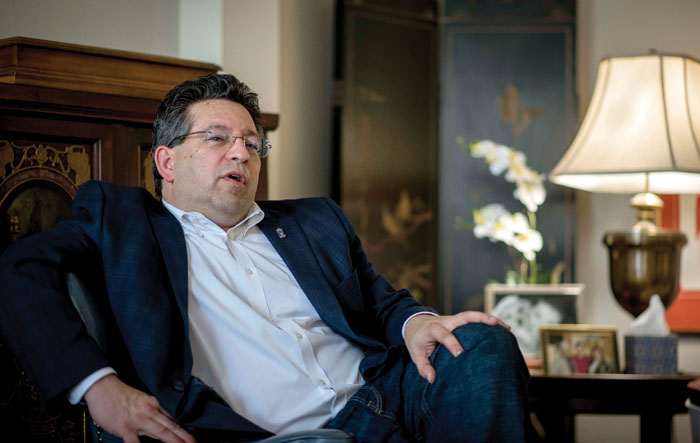 Brien Lewis, president of Catawba College since 2012, will step down as the school’s 23rd president at the end of the 2019-20 academic year. He will become president of Transylvania College in Lexington, Ky. Jon C. Lakey/Salisbury Post

SALISBURY —Brien Lewis, president of Catawba College for the past eight years, will become president of Transylvania University in Lexington, Kentucky, beginning July 1.

He will be the 27th president in the university’s 240-year history. Lewis, 52, announced his resignation as the 23rd president of Catawba in July, saying he chose not to seek a renewal of his contract.

William T. Young Jr., chair of the Transylvania University Board of Trustees, said that Lewis’ 20 years in higher education was a key factor in the selection process.

“His experience as a college president, his commitment to students’ personal and intellectual development, and his passion for shaping, delivering and providing access to the finest collegiate experience are all characteristics that influenced our decision,” Young said. “I am delighted that Brien Lewis will serve as Transylvania’s next president. His selection comes with the unanimous approval of both the Presidential Search Committee and Board of Trustees after an extensive national search that included a large pool of highly qualified and distinguished applicants.” 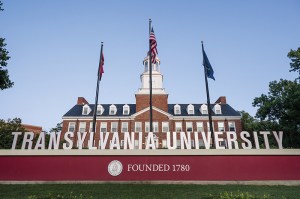 In a Transylvania news release, Lewis cited the strength of the Kentucky school’s culture, priorities and its willingness to innovate.

“Transylvania should build on its enduring strengths: a highly personal learning environment infused with its core commitment to academic excellence and a powerful sense of community,” he said.

In a letter to the Catawba faculty and staff Tuesday, Lewis said that he and his wife, Laura, “deeply appreciate the many expressions of support and encouragement we have received in the past few months.” Lewis said he is grateful to the leadership team at Catawba and to all who have been generous with their time, fielding reference calls and answering questions on his behalf.

“As I noted last summer when I announced that this academic year would be my last at Catawba, our family has enjoyed our time here tremendously and we feel that the college has made a lot of progress,” Lewis said. “We look forward to working diligently with each of you during our remaining months here to strengthen Catawba, move the college forward, and prepare for a smooth transition with our successors.”

Bill Graham, chair of the Catawba Board of Trustees, said, “The Trustees and Catawba family appreciate all the contributions that Brien has made to the college and the community and wish Brien and Laura much success in this new endeavor.”

Transylvania University, founded in 1780, is located in downtown Lexington. It’s enrollment is smaller than that of Catawba by a few hundred. Though, Transylvania University has an endowment of more than $190 million. U.S. News and World Report ranks Transylvania as No. 72 for best National Liberal Arts Colleges. Catawba is ranked as No. 8 for best regional colleges in the South.

Lewis became Catawba’s president in 2012 after time at Winthrop University in Rock Hill, S.C., as  vice president for development and alumni relations, founding dean of University College, and associate professor of business administration.

The Catawba Board of Trustees is conducting a national search for Catawba’s 24th president. 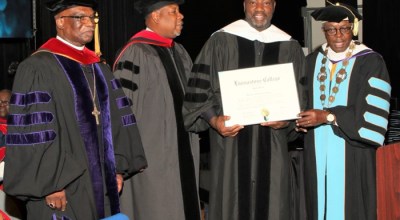