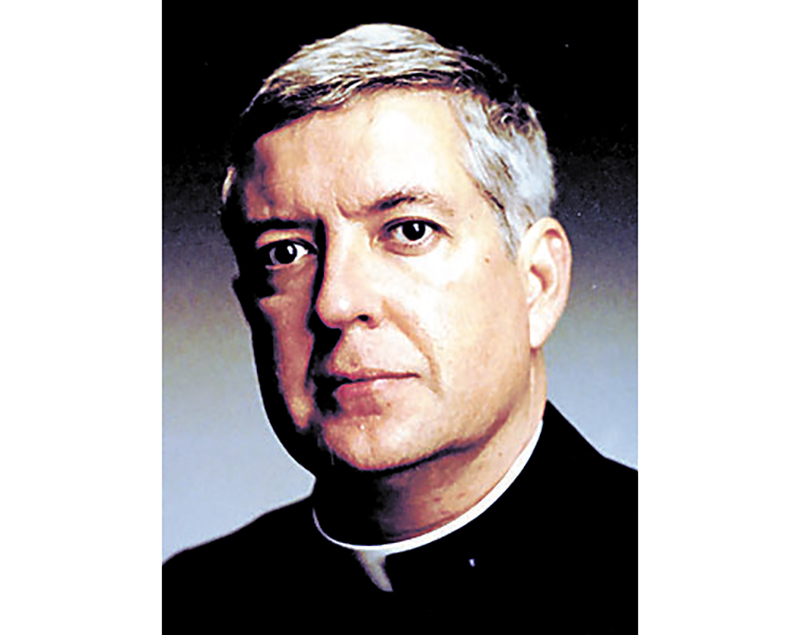 SALISBURY — The Catholic Diocese of Charlotte on Monday published a list of clergy, including one who served in Salisbury, who have been credibly accused of child sexual abuse.

Richard B. Farwell, who worked as a priest at Sacred Heart Catholic Church in 1983 and 1984, pleaded no contest in 2004 to a reduced charge of contributing to the delinquency of a juvenile after previously being charged with taking indecent liberties with a minor.

On the diocese’s website, a narrative included with Farwell’s case says a victim reported in 2002 that the former priest abused him in 1983 at Sacred Heart. The victim was 12 at the time.

The diocese said it alerted Rowan County Social Services, which then contact Salisbury Police. Farwell was removed from the priesthood and fired from his job at Food from the Poor. A second allegation was made in June 2002 by an attorney for a man who said Farwell abused him in 1984, when he was 15, at St. Ann Catholic Church in Charlotte and at Sacred Heart.

A lawsuit filed in 2011 in Mecklenburg County accused the diocese of concealing abuse by Farwell.

Farwell currently resides in Florida, according to the diocese.

“It is painful to even try to comprehend such gravely immoral behavior,” Charlotte Bishop Peter J. Jugis wrote in a letter published Monday along with the list and other abuse information. “However, in speaking with survivors and hearing their stories, it is clear to me that making known the names of their abusers can promote healing for them and their families.”

The online list, available at accountability.charlottediocese.org, contains names from priests accused in the Diocese of Charlotte since its establishment in 1972, the Western North Carolina diocese from before 1972 and priests with local ties who were accused of misconduct elsewhere.

Jugis said the list was the culmination of a process that began more than a year ago “in our belief that a full accounting of credibly accused clergy would provide validation for victims and demonstrate our commitment to transparency and accountability.”

A news release said an independent review of more than 1,600 files in the diocese’s database dating back 50 years confirmed no clergy member serving today has credible allegations of abuse made against him. It further stated that instances of abuse peaked in the 1970s and dropped in the 2000s.

“As with most organizations, very little attention had been paid to our personnel files going back almost 50 years, but we knew it was important to explore their contents and make relevant information known,” said Rev. Patrick J. Winslow, a canon lawyer and who oversaw the file review as the diocese’s newly appointed vicar general and chancellor. “Today, we sincerely hope our efforts will provide some validation for abuse survivors and promote a culture that allows people who may be suffering in silence to come forward and seek help.”

A news release said the diocese has embraced five protections to prevent and address future abuse:

• Immediate required reporting of all abuse allegations to civil authorities.

• Required background checks and Safe Environment training for all personnel and volunteers.

• An independent Lay Review Board to investigate and determine credibility of abuse allegations.

• A rigorous code of conduct that prohibits church personnel and volunteers from being alone with children, except in rare circumstances that involve parental oversight.

• A local college seminary, founded in 2016, to promote local vocations, reduce reliance on outside clergy and more closely guide the formation of its future priests.