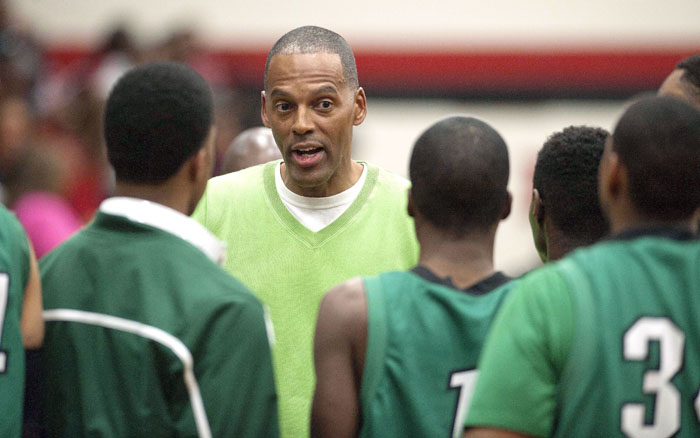 Coach Shelwyn Klutz has a pretty good idea what he’s going to get from muscular and explosive forward Kheni Briggs, one of the state’s top sophomores, and guards Amari Grier and Mi’Keim Moore, but Glenn has scored anywhere from 3 to 21.

Glenn is having a very solid Dale’s Sporting Goods Sam Moir Christmas Classic. He had 14 points in a tough first-round win against Carson and he came through with 17 in Friday’s 69-54 semifinal win against Davie County.

“We do make a conscientious effort to get JD involved because we’re a better team when we do,” Klutz said. “Guys have been doing a good job of looking for him.”

Second-seeded Davie (7-3) was in a tough situation against the third-seeded Wonders’ superior quickness, speed and size, but the War Eagles play hard and are fundamentally sound. They always patiently run their stuff, no matter how imposing the competition is.

“Davie is one of those teams that won’t beat themselves,” Klutz said. “You’ve got to beat them.”

Davie didn’t want to be beaten for a long time.

The War Eagles led 17-15 after a brisk first quarter, and even when Briggs began asserting himself inside in the second quarter with back-to-back three-point plays, Davie made it to halftime down, 37-32, and still in decent shape.

“A.L. Brown is really good, and that wasn’t a surprise to us,” Davie coach Mike Absher said. “We’d played (and beaten) them each of the last three seasons, but we knew this was the season they’ve been kind of building for. They are faster than us, but I thought we did a decent job of adjusting to their speed.”

At the start of the third quarter, Glenn had a one-man run. He scored eight in a hurry to keep the Wonders ahead.

“We didn’t really talk about getting the ball to me more,” Glenn said. “It just happened.  It happened because I was playing harder.”

Davie weathered that assault by Glenn and stayed within striking distance.

But Glenn, Briggs, Grier and Nick Colson accounted for a half-dozen buckets in the fourth quarter, and most of them were point-blank shots at  the rim.

Iverson King’s 3-pointer with three minutes left got Davie within six, but Briggs answered with a flying transition bucket and Glenn followed with a tip-in for a double-digit lead. That’s when the War Eagles ran out of gas.

“They were just too physical for us,” Absher said. “They did a good job of playing to their strength.”

While the Wonders can score in bunches — they put up 90 in a pre-tournament loss — both Glenn and Klutz said the keys to victory were rebounding and defense.

“Davie has a couple of guys (King and Brooks Johnson) that you can’t let them set their feet,” Klutz said. “We did a good of job of making their shooters be dribblers and drivers. It was a good team win.”

King and Johnson still combined for 35 points, but they didn’t shoot the sweet percentages they did on Thursday, and Davie didn’t get many points from its paint crew. The second-chance points Davie racked up in the first round against South Rowan weren’t there against the long, bouncy Wonders.

“Proud of our guys for still being in it late in the game, but probably it was going to take one of those perfect storms for us to beat them,” Absher said. “We needed to make a lot of 3s. We needed things to go our way.”