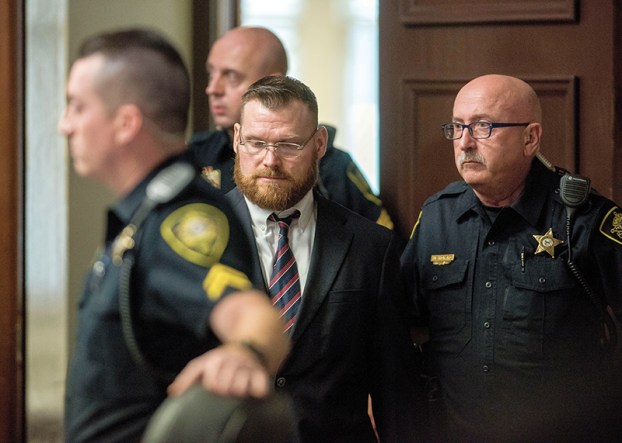 JON C. LAKEY/SALISBURY POST Sandy Parsons arrives in court on Tuesday at the Rowan County Superior Courtroom for his plea hearing. Parsons accepted a plea in the murder of his adopted daughter Erica Parsons and was sentenced to up to 43 years in prison.

Quotes of the week: ‘I failed her as a dad’

“I failed her as a dad. I also failed my other kids.”

— Sandy Parsons, the adoptive father of Erica Parsons, who pleaded guilty this week to second-degree murder, obstruction of justice, concealment of death and child abuse

“Jake said to me, ‘You could fill Catawba College’s football stadium with people he had helped.’ That may have been an understatement.”

— Bill Burgin, a local architect and friend of Johnny Safrit speaking about the impact his friend had in the Salisbury community

“As a member of Congress, there are votes that you sometimes struggle with, but today’s vote on impeachment is absolutely not one of them.”

— Rep. Tedd Budd, whose 13th Congressional District covers part of Rowan County and who voted ‘no’ on both articles of impeachment Wednesday night

“We need a higher educational level for the population of Rowan County to meet the needs of 21st-Century jobs.”

— Jim Greene, vice chairman of the Rowan County commission, who was speaking before voting to put a $45 million bond referendum on March’s primary ballot

Editorial: Local elections could be without competition in 2020

The $45 million bond referendum for facilities at Rowan-Cabarrus Community College could end up being the most competitive and interesting... read more