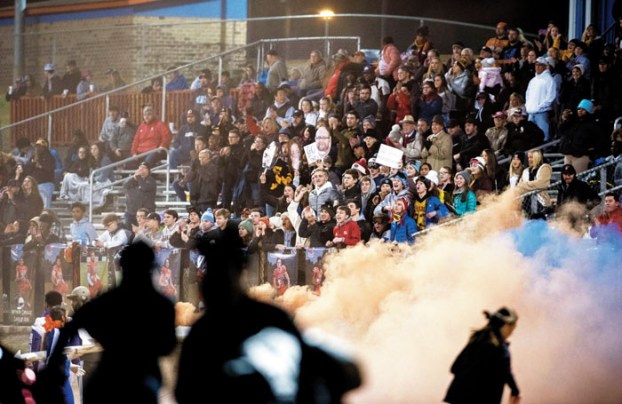 ‘Best season ever’: Salisbury High students fired up to cheer on Hornets football team in championship

SALISBURY – Students, faculty and staff from Salisbury High School are all gearing up for the school’s big game against Shelby High School this Saturday.

The school is set to play against Shelby in the 11 a.m. state football championship at BB&T Stadium in Winston-Salem. And the Hornets will host a student-only pep rally on the school’s campus this afternoon to boost pre-existing excitement to another level.

“I’m a cheerleader, and I’m planning to cheer on the football players and call them out by name,” Sullivan said. “This has by far been the best season ever for all of my four years.”

Sullivan said the team being able to compete in the state championship has been a “whole new experience.”

“I’ve never seen our school come together and support our team like we have (now),” she said.

Sullivan, the school’s senior class president, said she’s planning to tailgate Saturday morning before the game in the stadium’s parking lot and spend time with her friends afterward.

“We have already planned to hang out and go out to eat after the game because we’re expecting to win,” she said. “It’s fun to see the boys happy as they have ever been. I’m excited to see the community come together this weekend and I’m ready for a win.”

Salisbury High School’s Homecoming Queen Mya Triplett said she has been particularly impressed with the team and how they’ve been working together. She has to take the ACT Saturday and won’t be able to make the but is still excited for today’s pep rally.

“The best part is seeing how happy and excited we all get for our football team,” she said.

Dees, who has worked as a sideline reporter with local station WSAT 103.3 FM and 1280 AM, said he can’t stop thinking about the game.

“This is huge for our school because we don’t go to the state championship a lot,” he said. “It’s a good opportunity to win, but also to upset Shelby because they are the defending champions. They are notorious for winning, and it would be huge for us to beat them.”

Dees said he has attended all but one of the football team’s games this season.

“The only game I was unable to go to was during week two against Carson High School, and I couldn’t go because I was out of town,” he said.

Dees said he aspires to one day either work in TV or radio and continue towards his dreams of being an on-air sports reporter.

“The impact that sports not only has on players, but the community they are in and the fans is just something special that you don’t see anywhere else,” he said.

Athletic Director for Salisbury High School Randy Wood said guests who are interested in tailgating should look forward to “food and festivities.”

“We’ve had several donors all throughout playoffs that have made this possible. We are truly blessed,” Wood said. “It’s truly been a community effort.”

By Mike London mike.london@salisburypost.com SALISBURY — Defensive coordinators are intense. Salisbury’s Mike Herndon is no exception. As he watched the... read more