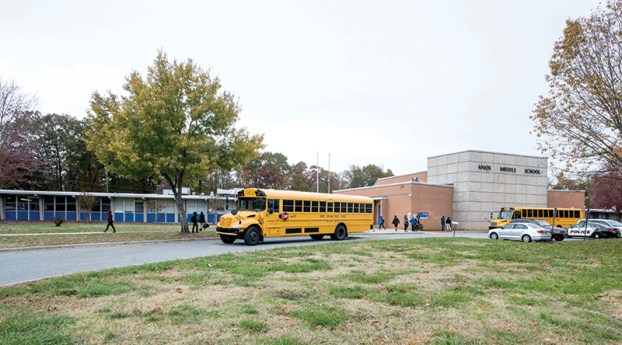 I urge the Rowan Salisbury School board not to close Overton Elementary and disperse its students and teachers to other schools while improvements are being made at Knox Middle and students are moved from Knox to Overton.

This would be very disruptive to the students and teachers, particularly those from Overton, and would do nothing more than create a band-aid to the problems at Knox and Overton. The much better plan is the one endorsed by the parents and teachers at both schools and by the Salisbury City Council: to build a new K-8 school in the large area between the two schools. It would not disrupt ongoing education at the two schools and provide a long term solution for both.

The site is a good one and it’s already owned by the school system. It is large and adjoins the Salisbury Greenway, Horizons Unlimited and the Catawba College Nature Preserve. For too long the school board has promised to do something about the deteriorating conditions and the poor design and layout of Knox but has done nothing.

I thank school board member Alisha Byrd-Clark for advocating improvements at Knox, but the real answer is the long-term solution, not a short-term fix.

Both of my children, now in their 30s, attended Overton and Knox. My wife and I could have sent them to private schools, but chose not to because of our strong belief in the “whole” education that one receives from public schools — not only the academic part but the part that takes them out of their comfort zones and gives them the opportunity to interact with people they would not have otherwise known. They have both done as well as their friends who attended private schools and had no problem getting into the colleges and careers of their choice.

But let me go back another generation. I am 67 years old and also attended Knox from the fall of 1964 until the spring of 1967, when it was Knox Junior High. It included 7th, 8th and 9th grades. I attended Henderson Elementary, as Overton was not built until 1965. Knox, on the other hand, was built in 1958.

Buildings over 50 years old are eligible to be placed on the National Register of Historic Places, like Salisbury High School, but I would not encourage that in the case of Knox.

When I attended Knox, it was new and modern, designed to be the school of the future with separate buildings for each grade. Unfortunately, the design does not suit modern day realities for the safety of students.

It is like an open sieve; there is no control over entrances or exits, and the design invites unwanted visitors to come to campus. It also has not changed since it was built. Additions and improvements have been made to modernize Salisbury High School, but to my knowledge nothing has been done to upgrade or modernize Knox or make it safer or create a better learning environment.

There is another fact about Knox that has not been mentioned before. Knox was built as a segregated school, as was Overton.

I remember the first black student I knew to attend Knox who was a couple of years older than me, now a respected local minister. Junior high was tough for all of us because it was a time of transition from childhood to the teen years, but to be the only black student at Knox had to have made life 10 times as difficult for him. He always walked erect, and held his head up high with dignity. I deeply admired his courage.

I was a member of the class of 1970 that integrated Boyden and Price High schools, resulting in the closure of Price and moving all students to Boyden, later renamed Salisbury High School. My parents sent me off to a private school my sophomore year, but I came back my junior year. I would not trade those years of my life for anything. It was transformative for me, and I made many life-long friends that I would not have known otherwise.

Just like Salisbury High School, Knox and Overton were built as city schools. As the largest population center, and the largest contributor to the tax base, Salisbury deserves schools located in the city to preserve its own identity.

For this and many other reasons I urge the school board to move forward with plans for a new K-8 school at the Knox/Overton school campus.

Edward Norvell is a retired attorney and Salisbury resident.

I guess it’s OK for the Democrats to spend countless hours and money to see if Donald Trump colluded with... read more