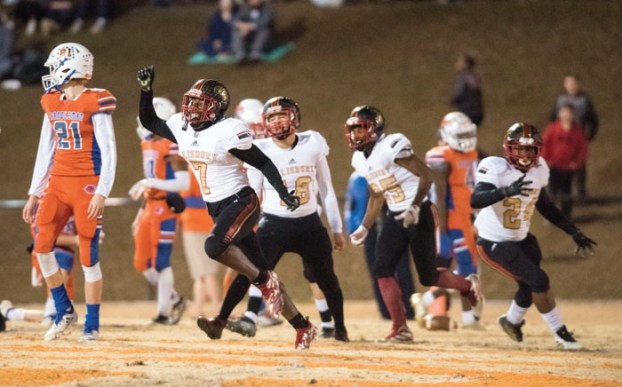 Editorial: Salisbury on verge of closing out decade by repeating history

History has a way of repeating itself and, as the decade comes to a close, the Salisbury High Hornets are on the verge of making it again.

With a top-notch defense in tow, the Hornets are headed to Winston-Salem and the state championship game. Years earlier, they hung 30 points on Northeastern High School, of Elizabeth City, and held a balanced offense to zero en route to a state championship.

Salisbury Post correspondent Dave Shaw in 2010 wrote, “Years and years from now, when the memory of Saturday’s history-making victory has lost some of its luster” members of the 2010 team would remember that quarterback John Knox boldy delivered, that running back Romar Morris sent Northeastern’s linemen “tumbling like bowling pins” and that linebacker Kavari Hillie led a crippling defense to a shutout.

This year, things are different for the Hornets.

Salisbury came into the 2010 game with three losses, dropping games early to Carson, West Rowan and Davie. Two of those three teams, however, were still playing in December. Northeastern started off slow, too, losing its first two games.

This year, Salisbury has two losses, but they started out hot and racked up six-straight wins. The team, though, has embraced an underdog mentality.

“We’re the only ones who said this could happen,” left tackle Carter Jenkins told Shaw after winning the semi-final game in Randleman. “The only ones. No one in the state except the people in our locker room believed we’d be here.”

They’ll be underdogs again on Saturday, too, in a matchup against Shelby High School in Cleveland County.

Some things will be the same. The Hornets will have the city of Salisbury and its residents behind them, whether or not they have direct ties to the school. And they’ll need another week of focused and dilligent preparation for what will be a tough game. During that game, the Hornets will need a strong performance from their defense, too.

Perhaps the Hornets should look to comments made by then-Salisbury Coach Joe Pinyan following the 2010 victory.

“You don’t always win. Sometimes you come up a yard short,” he said. “But if you keep plugging away, keep playing with desire, good things can happen.”

If the Hornets keep plugging away and playing with desire on Saturday, perhaps they can close out the decade the same way they started it — with a state championship.