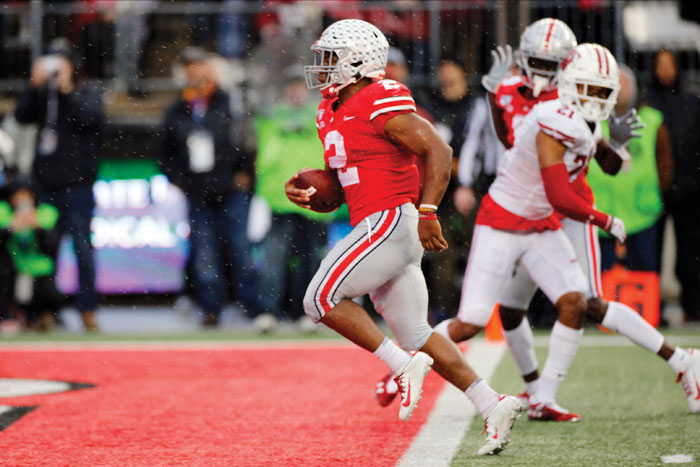 Next up were defending national champion Clemson, Georgia and Oregon. The 13-member committee will produce four more sets of rankings each Tuesday before the only ones that really count come out on selection Sunday, Dec. 8.

The semifinals will be held this season at the Fiesta Bowl in Glendale, Arizona, and the Peach Bowl in Atlanta on Dec. 28. The national championship game is Jan. 13 in New Orleans.

Utah was eighth and Oklahoma, the highest-ranked team from the Big 12, was ninth. Florida gave the Southeastern Conference four of the top 10 teams.

It was hard to call anything a surprise or all that important in the first rankings, but undefeated Clemson being out of the top four was somewhat unexpected.

The good news for the Tigers is the teams in front of them have to play one another. LSU is at Alabama on Saturday. The teams are No. 1 and No. 2, respectively, in the AP Top 25 but are second and third in the CFP rankings.

Ohio State and Penn State face off on Nov. 30. The Nittany Lions also face a challenge this week when they visit unbeaten Minnesota, which was ranked 17th by the committee.

As long as Clemson keeps winning, the Tigers should be OK.

The highest-ranked team among Group of Five conference schools was Cincinnati out of the American Athletic Conference at No. 20. The top team from outside the Power Five conferences gets a New Year’s Six bowl bid.

Follow Ralph D. Russo at https://twitter.com/ralphDrussoAP and listen at http://www.westwoodonepodcasts.com/pods/ap-top-25-college-football-podcast

Newton put on injured reserved; out for regular season