Ada Fisher: Do we need to make 18 legal age of adulthood? 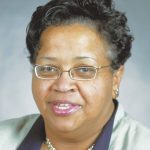 The present Millennial Generation is often touted as being lazy, dependent on their parents and victims of “failure to launch” complacency.

This is described in terms allowing them the freedom of pontification on issues of the environment; pay equity for jobs that aren’t market-driven; reproductive rights; dismissing a need for personal sexual responsibility for the ever-increasing sexually transmitted infections epidemic; and supposed victimization by their high educational debts and inability to buy a house. Much of this is being launched from the cocoon of their parent’s home, truly burdening their elders with kids who won’t leave home without them.

The saddest malady is the numbers of aging parents compromising their own retirement and welfare in trying to contribute to the cost of living for grown children — whether it is the assumption of raising their own grandchildren for errant children whose lives are disjointed due to drugs or other infirmities of their own making or those unable to afford the lifestyle in which their parents reared them. Additionally, living on credit which can’t be easily repaid stiffles too many futures.

Many have been raised with the mistaken, entitled belief that each generation would be better off than their predecessor. The problem is often not appreciating that many of us are who we are because of the struggles and sacrifices made by our parents  This calculated in an appreciation that our parents had to work for what they had.

Many have gone to school and studied, often with less, then hoped for careers, dressed for success or worked two jobs to make ends meet.  In so being reared, we often didn’t want our kids to experience that sacrifice for themselves so we gave them too much, thereby crippling their ability to fend for themselves.

Few kids need cars in high school, but many of today’s generation drive rides better than their parents, who are paying their bills. Many children are working, making decent money, while skipping out on helping with the household debt or saving for their future.

Education at least to the level of high school is not an option. For those dropping out, trades and technical careers provide meaningful and well paying alternatives. Entrepreneurship has its place. By most measures, disruptive students are a burden on not just the school system but society. Too often schools are for babysitting and education is sidelined by the lack of discipline exhibited by our progeny, requiring weapons monitoring, school resource officers and other expensive enforcement for the orderly progression of learning.  Why not require parents to take their students home if they won’t behave?

Parents just don’t understand, that we are who we are because of our experiences while often bending over backwards to spare our progeny the same.

At 18, my children were clear on the expectation that they would go to work, join the military, go to college or some equivalent work, but they were going to get out of my house because parents are not responsible for caring for grown kids.

There ought to be a constitutional amendment making 18 the legal age of adulthood, which would make it crystal clear to all parties when we are expected to be up and out. That amendment would instill in children an unfiltered view that they need to get their lives together, exercise their legal right to vote and become capable of providing for themselves as well as give them an appreciation of the fact that they are not owed anything.

This would also demonstrate a clear demarcation between childhood and adulthood thereby sparing young children from being sentenced as adults.

Lastly, we need to make citizens understand their need for individual responsibility in carrying out their lives.

For one, confirmation came in a Friday meeting at a Holiday Inn near the highway. For another, it was a... read more