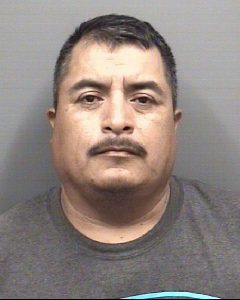 Daniel Masias Lopez, 44, of the 500 block of Woodleaf Road, was charged with felony kidnapping and felony first-degree sexual offense. He is being held under an immigration detainer.

According to Capt. John Sifford, Lopez met the woman Sunday at the Rowan Helping Ministry shelter. He offered her a ride to a friend’s house so she could shower. While on the way to the location, Lopez pulled into an open field and asked the woman to have sexual relations with him, according to the Sheriff’s Office.

He tried to touch her, and she refused, according to a report. The woman used a cellphone to call 911 and then placed it aside, the report said. The 911 operator could hear arguing and dispatched officers to the location.

Sifford said Lopez pulled out a pocket knife and tried to undress the woman. He then placed the knife on the dashboard. The woman told detectives she heard sirens, and Lopez closed the knife and placed it on the floor.

Detectives arrested Lopez and took the woman to the hospital to be examined.

Deputies searched the vehicle and found the knife.

KANNAPOLIS — The Cannon Ballers minor league baseball team says merchandise has been flying off the shelves since the new... read more

Friday newspaper deliveries may be delayed

Meet the cast of PPT’s youth production of Romeo & Juliet

East Spencer’s Alisa Russell continues to be inspired, inspire others

Fifth-graders get to enjoy state symphony during Catawba performance

LSt and St. Thomas Players present ‘The Trip to Bountiful’