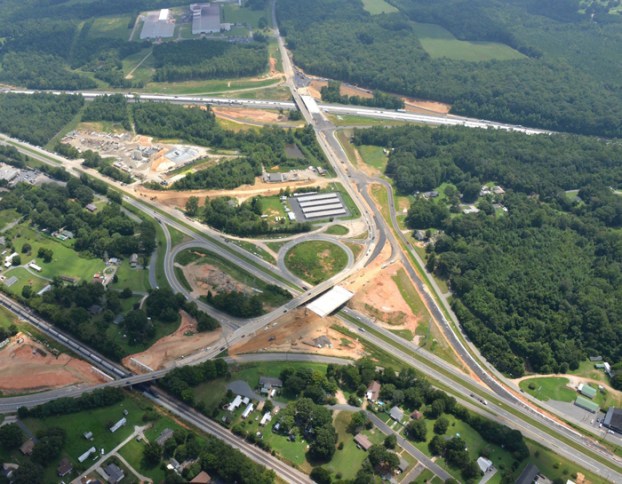 It comes as no surprise that Rowan County is deeply connected to its surrounding counties, but we shouldn’t let that interconnectedness allow us to lose ties to the communities we live in.

The county lines of Rowan partially are political in nature. They don’t limit commerce, culture or workers. And an ongoing project by the UNC Charlotte Urban Institute provides concrete data about commuting patterns for local and regional workers. The project is a result of a 2017 grant to the college from the Duke Endowment.

There’s a wealth of findings worth reading at the project’s website, including that 30% of Cabarrus County’s population commutes elsewhere for work.

For Rowan County, data from the project simultaneously show Rowan draws workers from elsewhere while also seeing a significant portion — 22% — of its workers commute to other counties.

For example, an estimated 2,019 people from Davidson County worked in Rowan county in 2015, according to the project’s data. And 1,189 people from Rowan work in Davidson County. That means a net of 830 workers live in Davidson and work in Rowan. Other counties from which there’s a net positive flow of workers to Rowan include Stanly, Davie, Yadkin, Randolph and Stokes counties.

In 2015, the latest year for which the project said data was available, 7,907 people who worked in Mecklenburg County lived in Rowan. That was an increase from 2002 when 7,493 people who live here did the same.

Another interesting fact: A net of 1,078 people lived in Rowan and worked in Davie County in 2002. That’s compared to the more recent 2015 data showing the net commuting numbers benefiting Rowan.

What’s more, Rowan was one of only four counties in the project’s study area — 32 counties in metro Charlotte or nearby — that saw a reduction in the number of people who were commuting out of county for work. Others were Iredell, Randolph and York County, South Carolina.

That’s a trend worth continuing. Overall, the project found that a “growing dependence on cross-county commuting has made our region more dependent on Charlotte as a source of employment and income than in past economic eras.”

In particular, long distance commuting weakens “the social and economic fabric of our communities” because of the time workers spend away from their homes, the project said.

Our world is one that’s more global than ever, but our business, nonprofit and elected leaders should work to keep our community’s social and economic fabric strong. That requires creating an attractive business environment so new business move here and existing ones expand, which will help tax receipts and for local government and, in turn, public services. More important, it also requires locals getting involved in civic organizations, volunteer opportunities and other activities where they live.

That employers and cities in other counties draw local workers is not necessarily negative, but improving or maintaining our community’s social and economic fabric will make Rowan a better place to live. We all have a part to play in that effort.

To those outraged by the initiation of an impeachment inquiry, I suggest waiting and seeing where the investigation leads. I... read more