Dolls, Toys and Miniatures Museum awards Volunteer of the Year 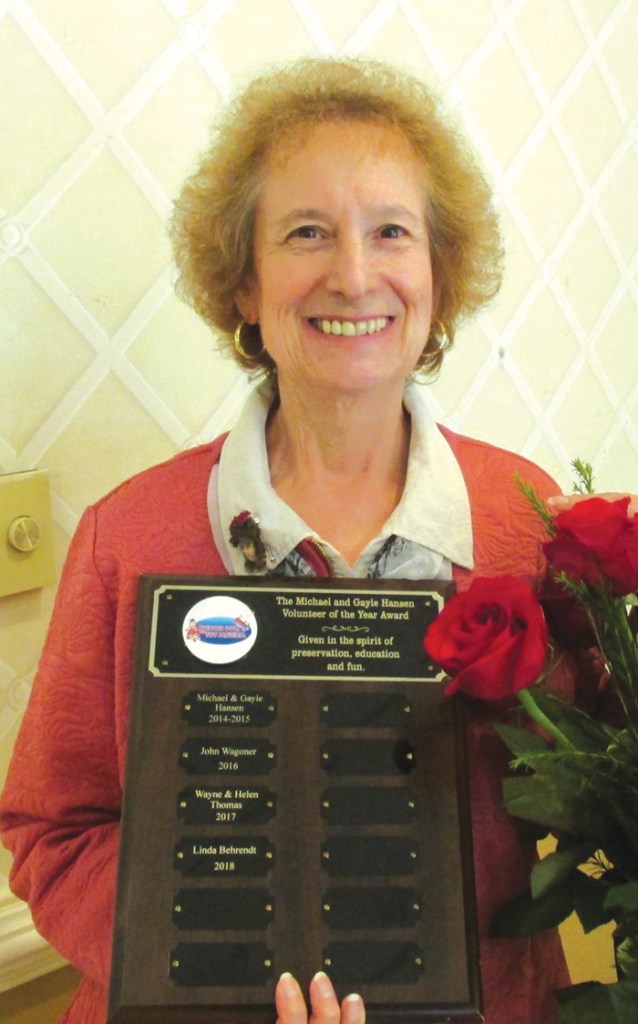 SPENCER — The North Carolina Museum of Dolls, Toys and Miniatures (NCMDTM) is pleased to announce Linda Behrendt as recipient of the Volunteer of the Year Award.
Behrendt, a life long doll collector has found her niche volunteering at the NCMDTM. Nearly every week, Behrendt shows up with supplies in hand ready to clean and inspect. She is one of the few who has the privilege to handle the rare and treasured items that reside in the museum.
Nearly eight years ago when the museum opened, Behrendt was first in line to buy a membership and she has been a devoted member of the Museum ever since. Behrendt continues to collect dolls and still has some of her childhood dolls.
Behrendt has been an active member of the community since she and her husband, Bill, moved to Salisbury in 1987. She joined the Rowan Doll Society the same year. She served as the doll club’s secretary, vice-president, and president. She is an active member of St. Luke’s Lutheran Church.
The importance of volunteers to NC’s only doll, toy and miniature museum cannot be overestimated. It is for that reason that the Volunteer of the Year Award was created several years ago to recognize outstanding volunteers whose unselfish and dedicated service to the museum has made a significant difference.
NC Museum Dolls, Toys & Miniatures, 108 Fourth St., 704-762-9359, NCMDTM.com

Piedmont Players planning a great season for kids and…