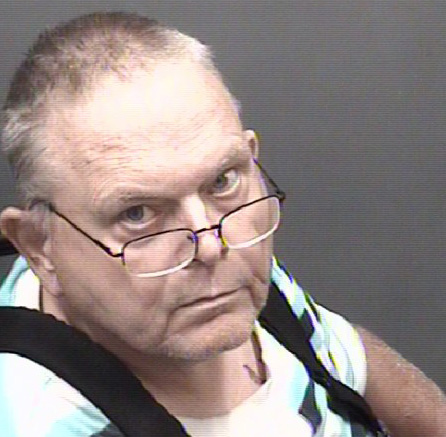 SALISBURY — A Rowan County man who has been arrested repeatedly for assault-related crimes is behind bars for the second time in less than two weeks, authorities say, for his use of the social media site Facebook.

Billy Floyd Pless Jr., 66, whose address is listed as “the streets of Spencer,” was arrested Friday and charged with being a registered sex offender with a social media account. Pless was required to register as a sex offender for 30 years after a June conviction on a sexual battery charge from August 2017.

One of the terms of his probation was to notify the Rowan County Sheriff’s Office within 10 days of opening any online accounts. He was issued a $5,000 secured bond for the felony offense for which the Sheriff’s Office brought the charges. He is expected in court for a first-appearance hearing Tuesday.

He was recently released from prison after a June conviction for assault and sexual battery after a two-day trial. He was found guilty of groping a woman and holding her against her will in 2017. The woman was walking from a friend’s house when Pless called out to her. He asked for her help to lift a bag, then grabbed the woman when she tried to walk away.

His criminal record dates to 1982, when he was convicted of assault with a deadly weapon in both May and July of that year.

Pless has more than 30 convictions that include assault on a female, communicating threats, domestic criminal trespassing, assault with a deadly weapon, hit and run, making harassing phone calls and disorderly conduct.

• The Sheriff’s Office charged Lathan Cody Sisk, 26, of the 1300 block of Jersey Church Road, Lexington, with felony possession of methamphetamine and misdemeanor possession of drug paraphernalia. He was in possession of meth, syringes, bags and a digital scale. Sisk was placed under $5,000 bond.

• The Kannapolis Police Department charged Kelly Michelle Stevenson, 31, with felony negligent child abuse with serious physical injury. Warrants say on Aug. 1, Stevenson failed to provide care and supervision of a child. It further said her grossly negligent omission allowed the child to fall from a bed and couch that caused a skull fracture.

• The Rowan County Sheriff’s Office charged Kiara Shentella Bellamy, 26, of Salisbury, with felony assault by strangulation and felony second-degree kidnapping. The incident occurred in 2018. Warrants say the victim had abrasions on her throat and was spitting up blood while being strangled and had blurred vision. The kidnapping charge is the result of holding the victim against her will.

• The Sheriff’s Office charged Jason Ian Roberts, 44, of the 1400 block of Jake Alexander Boulevard, with misdemeanor possession of drug paraphernalia, felony breaking and entering, felony larceny after breaking and entering, felony possession of a Schedule II controlled substance. He was accused of stealing books, records and a sewing machine from a Cooper Road home. He was found with a small digital scale with white powder residue on it, according to a report.

• Salisbury police charged Brian Keith Worth, 29, of the 300 block of Foster Lane, with two counts of felony taking indecent liberties with a child. The victim is under age 16. The incidents occurred Feb. 1 and Feb. 8, according to a report. He is under $10,000 bond.

From Hawaii to England, Heggins’ travel expenses top those…