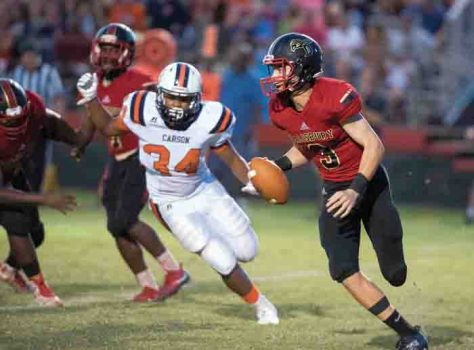 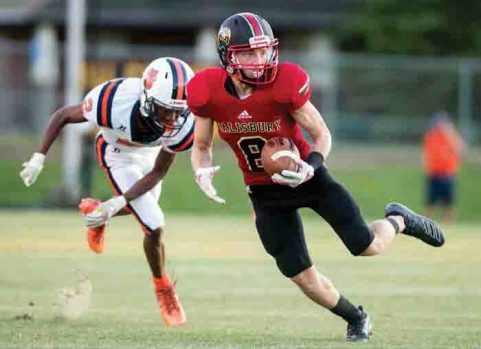 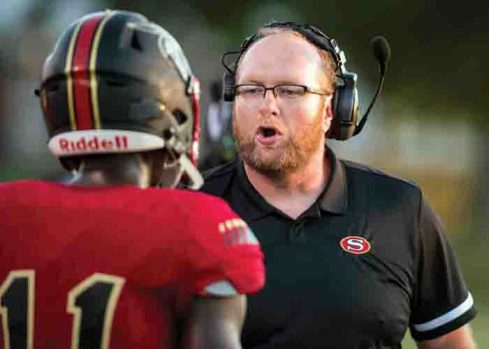 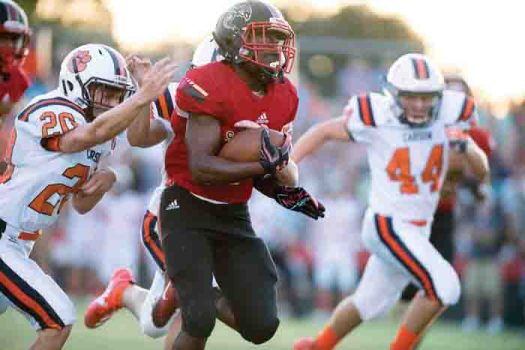 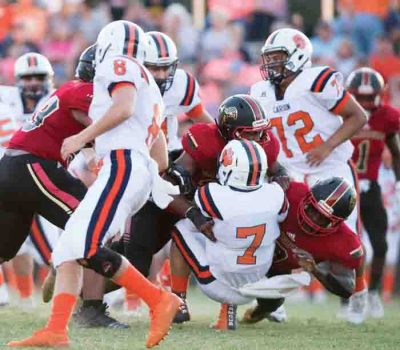 SALISBURY — Salisbury’s unbeaten football team is heading into September with a full head of steam.

The Hornets recited all the ABC’s of playing ‘D’ and their running game stretched its legs in Friday night’s convincing, 26-0 win over visiting Carson.

“We’ve got a high motor,” defensive lineman Zae Clay said after Salisbury (2-0) recorded six sacks and limited the Cougars to 96 total yards. “And we just keep it going all the time.”

Salisbury handcuffed Carson senior Hunter Courtney — the running back who blazed for 346 yards and three touchdowns in a Week 1 romp against South Rowan. Against the Hornets, he gained 38 yards on 15 carries and never got close to the end zone.

“It comes down to … they were very good on defense,” first-year Carson coach Daniel Crosby said. “The line, the linebackers, the secondary — everyone could fly around back there. We had some creases early in the game that went for four or five yards. Last week, they went for 10 or 15 or we broke them.”

Credit Salisbury’s official-and-certified defense. Clay, a 230-pound energy drink without the can, introduced himself to Carson quarterback Alex London by producing three-and-a-half sacks. Teammate Blaine Shellhorn added two-and-a-half turf-eating takedowns. By the time the smoke cleared, the guests had a net total of 18 yards on the ground.

“They were just fast,” said London, who completed 9 of 16 passes for 78 yards. “We had multiple plays that we could hit, but they just got there faster. It seemed like they were able to read our formations. We’d walk up to the line and they’d call out our plays. They were heads-up.”

It marked the second straight week Salisbury’s defense has contained a prolific running back. In a season-opening win against North Rowan, all-county running back Malcolm Wilson managed only 45 yards on 22 attempts.

“That was the key for us,” said winning coach Brian Hinson. “We preached all week to that defensive line to be quick and explosive. We’ve got talent, enough to control the line of scrimmage. Our defense is special.”

So special it limited Carson to two first downs and 16 yards in the second half. The Cougars never took a snap in Salisbury territory after halftime, when Salisbury ignited for touchdowns on its last three possessions.

SHS finished with 390 yards total offense, including 257 rushing. Leading the charge was junior scatback Mike McLean, whose rough-house runs netted him 160 yards and a pair of TDs.

“Honestly, it was the offensive line,” McLean said. “On most of my big runs, they’d push people at least five yards back. In the first half, none of us were playing up to our ability. (Carson) was playing hard and we weren’t playing hard with them. In the second half, we came out here and destroyed them.”

Tackles Wayne Wooden and Tkaii Gaither, guards Carter Jenkins and Sam Evans, and center Chad Van der Poel played with fire and spirit on Salisbury’s front line. “The chemistry on the OL has never been so good,” said Van der Poel, a 250-pound senior. “We’ve bonded like never before — and it’s a genuine bond. We fight for each other and play for each other.”

SHS scored on its opening possession, when QB Vance Honeycutt lofted a 15-yard touchdown pass over the middle to wideout Patrick Taylor (9 catches, 115 yards) for a 6-0 lead. It remained unchanged until midway through the third quarter, when the Hornets capitalized on a short field and went up 13-0 on McLean’s 5-yard burst.

Nine minutes later, Honeycutt capped a 13-play drive by handing off to McLean for a fourth-period score and a 20-0 advantage. The game’s final points came after Honeycutt orchestrated an 11-play, 59-yard drive that melted more than six-and-a-half minutes off the game clock. Freshman JyMikaah Wells scored his first varsity TD on a 4-yard plunge with 1:19 to go.

“The switch kind of flipped on at halftime,” said Honeycutt, a 6-foot-2 junior who completed 12 passes for 133 yards. “The offensive line did a great job and the running back kept hitting holes. When they do that, we can be very good.”

Clay took that one step farther. “If we keep working hard, we’re going to be a good team. But, we could be a great team.”