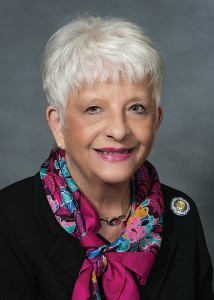 As of Tuesday, it had been 43 days since Gov. Roy Cooper vetoed the state budget bill. With a single stamp, he put at risk raises for teachers and state employees, money for school construction and money for a new school of medicine at East Carolina University.

At $25 billion, the state funds a lot of things people are aware of, such as public schools, community colleges and our state’s great public universities. Funding for Medicaid, transportation, corrections and the environment are all part of our state’s budget.

Folks tend to see the big-ticket items, so to speak. But did you know that Cooper is blocking $250,000 that the budget allocates for the town of Mocksville downtown improvements? Or, did you know that $1 million for repairs to the Davie County Courthouse are blocked because of Gov. Cooper’s veto?

As a chairwoman of the House Finance Committee, I see the big items like education and health care that require billions of our tax dollars and have to work hard with my colleagues to make sure they are taken care of adequately. But as your representative in Davie and Rowan counties, I am fighting for things that are important right where we live such as a legal assistant position for the Davie County District Attorney’s Office. And $49,100 for the West Rowan Fire Department.

I could be making phone calls to places like the Davie Pregnancy Care Center, letting them know that the budget includes $50,000 for them and the work that they do helping pregnant women. Instead, I’m writing about how — because the governor is playing politics — that $50,000 is being blocked. The same goes for the $50,000 the budget provides for the Community Care Clinic of Rowan for the Missions of Mercy Dental Clinic.

The Republican leadership in the General Assembly is aware of the need to reform our health care system. But holding hostage employee raises is not the way to get it done.

Cooper thinks it is, even though we have said we would come back to Raleigh and hold a special session devoted to health care. He is unyielding.

Cooper made a revision to the budget he presented at the beginning of the year, which was already filled with irresponsible spending, and called it a “counteroffer.” In it, he raised the spending to even higher levels. It showed that he is not serious about working with us in the legislature but wanted to have press conference headlines he could use to paint himself as a hero.

The $2,000 for signage on a bridge honoring the fallen Rowan County Police Officer Robert Clement may not seem like a lot in the grand scheme of things, but it is, especially when it’s being held up by a governor who cares more about sound bites and headlines than he does the people of the state he represents.

I also worked hard and got Rowan-Cabarrus Community College capital funding of $12.6 million.

Here is the difference between how I represent the decent, hard-working folks in my district and how Cooper plays the role of governor: I’m listening to you, finding out where the needs are, and coming back to Raleigh and fighting to get those needs met.

Gov. Cooper, on the other hand, is listening to liberal, special interests and folks from out of state who can fill his campaign coffers. His “expand Medicaid or no budget” speech may play well in New York, but, here at home, it is hurting hard-working folks in my district and across the state.

And that is just not right.

Laurel to the Salisbury Police Department for its new, interactive neighborhood map launched in conjunction with National Night Out last... read more