Inmate escapes from ‘low-rise’ and is found quickly 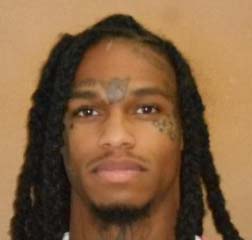 SALISBURY — A 22-year-old inmate who climbed a fence and escaped from Piedmont Correctional Institution early Monday was found hiding in the basement of a home in Shelby, according to the Salisbury Police Department.

Jaylan Andra Ross was being held at what’s colloquially known as the “low-rise,” a minimum-custody facility, on a charge of possession of a firearm by a felon.

“Local law enforcement agencies were alerted promptly and prison staff worked with them to ascertain Ross’ whereabouts and return him to custody,” said John Bull, a communications officer with the N.C. Department of Public Safety.

Ross was seen at the Speedway gas station on South Main Street. Prison officials had an address in Shelby where they thought he might seek shelter.

Ross was picked up at 6:05 a.m. by officers with the Shelby Police Department, Salisbury police officials said.

He was returned to the prison at 10:38 a.m. and placed in restrictive housing, Bull said.

Ross will be charged with escape and moved to a prison with a higher level of custody.

Ross was admitted to the prison on May 18, 2016, to serve a three-year, eight-month sentence for possession of a firearm by a felon. His projected release date was Aug. 20.

His escape is under investigation, officials said.

Editor’s note: Ask Us is a weekly feature published online Mondays and in print on Tuesdays. We’ll seek to answer... read more