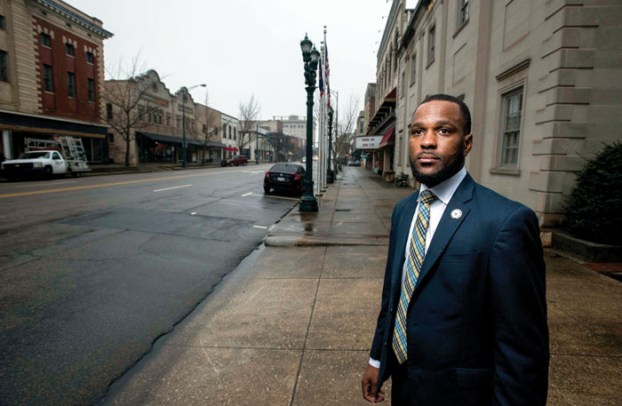 NAACP president escorted out of Spencer board meeting

SPENCER — Dealing with continued fallout from the resignation of Town Manager Terrance Arrington, the Spencer Board of Aldermen had a heated public-comment session at Tuesday’s meeting, during which Salisbury-Rowan NAACP President Gemale Black was escorted out by police officers.

This occurred after Patsy Duncan, the first resident to speak, made a reference to Black.

Black used these terms to describe Chillcott’s actions during a phone call she had with Arrington, Duncan said. Chillcott reportedly used profane language during the phone call.

In response to this, Black made interjections during her comment after Duncan accused Black of having not heard the phone call in full.

Black responded, saying he had heard more than Duncan.

“While on the North Carolina Department of Public Safety website,” Duncan said, “I also noticed that Mr. Black was convicted of a felony of larceny of an employee.”

“And he had the audacity to say to Sylvia (Chillcott) that she was unprofessional,” she went on.

Several members of the audience began to become more vocal.

Marcus Fairley, religious affairs chairman of the Salisbury-Rowan NAACP chapter, said repeatedly that the information Duncan shared was not a town issue.

Other NAACP members, who were accompanying Black, echoed that sentiment.

Gobbel asked police Officer Martin Brigman to escort Black out of the Spencer Municipal Building for not maintaining order.

“Go, or be arrested,” Brigman told Black during a chaotic back-and-forth among several audience members.

NAACP members questioned the officer, asking what Black would be arrested for.

Black, as well as Fairley, both left without being arrested. However, Brigman and Police Chief M.T. James escorted Black and Fairley as they left.

Asked to comment on the meeting, Black said in an interview with the Post that he felt the events that led to him being escorted out of the meeting were “premeditated” and “planned.”

Black went on to stay that Duncan is Chillcott’s partner. Because of this, the attack on him by Duncan during a public meeting is even more evidence that it is time for Chillcott to resign, he said.

Black added that the NAACP had come to the meeting primarily to celebrate the swearing-in of Rashid Mohammad, the board’s new African-American alderman.

The events of last night were discouraging, Black said. The NAACP branch will file a complaint of discrimination with the state NAACP conference, he said.

As the public-comment period on Tuesday continued, several people spoke for and against Chilcott’s resignation.

Lebanese Woods, secretary for the Salisbury-Rowan NAACP, said the NAACP will remain present at future meetings to ensure integrity. She additionally called for Chilcott’s resignation and an apology.

Anthony Smith, political action chairman of the NAACP, called for the resignation of Chilcott as well.

“This evening, three African-Americans were attacked for their character,” he said. It’s important for the town to begin paying attention to culture, he said. The town does “implicit bias training,” he added.

Whitney Peckman, an NAACP member, reiterated the calls for Chilcott to resign.

“I would ask the board to be very judicious in the way you talk about and accuse felons,” she said. Felons theoretically get a second chance, she said.

Barbara Kemper said that she has known Chilcott for 12 years. She never got the impression that Chilcott is racist, she said.

The words used by Chillcott in the phone call with Arrington are run of the mill, Kemper said.

Bethany Nance said that the mudslinging in the town needs to end. She did not support the call for the resignation of Chilcott and said residents needs to work together.

In other public comments:

• Rusty Miller asked for the town’s support for the Oct. 5 Answer 4 Cancer Run for Life.

• Representatives of the Spencer Historical Preservation Committee thanked the board for this year’s funding and expressed concern for potential future loss of “historic inventory” if people leaving the historic district are not properly educated.

Editor’s note: This article has been updated to remove a reference to Joe Watkins. The town of Spencer has not employed a town manager by that name. Also updated to correct the spelling of Officer Brigman. We apologize for the error.