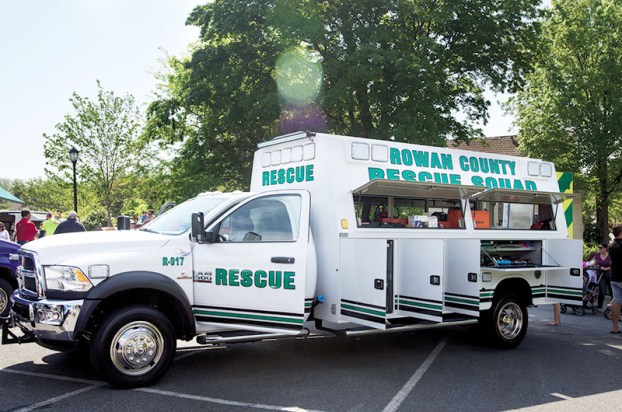 A Rowan County Rescue Squad truck sits in 2017 at the Touch a Truck event in Downtown Salisbury so people can look inside.

Editorial: Rescue Squad on the right path toward finding next chief

After months of uncertainty about the Rowan County Rescue Squad’s future, the steps outlined at Thursday’s board meeting provide a positive path forward.

Members of the squad will have 30 days in which they can submit nominations for squad chief. Nominations will then be sent to the agency’s board of directors and to Rowan County government.

There are about 13 active volunteer squad members and several specialty teams, bringing the total closer to 45.

After laws changed years ago, however, the voice of those squad members was reduced, perhaps eliminated. So last week’s news is a step in the right direction.

The county contributes a hefty sum — $400,000 a year — to the squad’s operations, and it should have a voice. But volunteers are the ones responding to rescue calls — not county commissioners. So members of the squad should have an outsized say in the process.

As the selection of a chief moves forward, we hope input from those members is given heavy weight by the Rescue Squad board and Rowan County commissioners. That doesn’t mean just accepting nominations. It means soliciting input about which nomination is best and valuing those opinions. The Rescue Squad board can certainly judge the professional knowledge and capabilities of the candidates for chief. The commissioners may also be positioned to make similar judgments, but members are best suited to make those calls among the three groups with input.

Especially in the squad’s current position, the new chief will have a tough task ahead.

Besides responding to calls and helping save lives, the chief may need to negotiate the agency’s future.

The Rowan County commissioners and county staff indicated an appetite for reform soon after the suspension and eventual departure of Chief Eddie Cress and his family members. Suddenly, there were worries that the county might pull its funding altogether and work toward an alternative for countywide rescues. A reasonable solution that emerged was a slimmed-down squad focused only on its core competency — rescues.

Will commissioners and staff be content to let a new chief settle in, or will they spark debate about the Rescue Squad’s future right away? We think the former is best.

Either way, the new chief must be ready and committed to navigate those discussions with the squad’s best interests in mind. And whatever the final solution to the debate about operational changes, developments reported in Friday’s Post by reporter Shavonne Walker seem to set the stage for a firm foundation.

County pauses Rescue Squad funding … If it hadn’t been for the effort, equipment, skill and quick action of the... read more