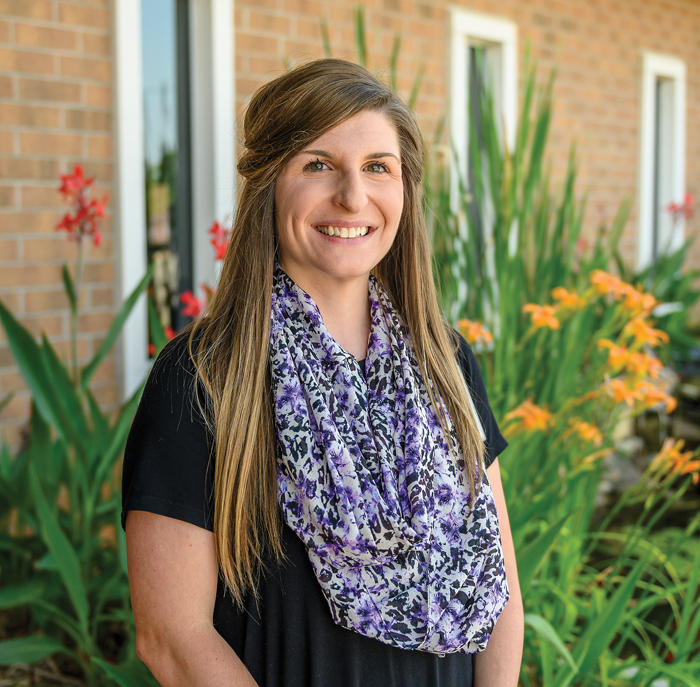 In just over five and a half years as an educator, Nicole Buckner climbed the ranks from third-grade classroom teacher in Laurinburg to assistant principal at Rowan-Salisbury’s Morgan Elementary School.

This year, she’s climbing the next step in school leadership as she becomes principal at Koontz Elementary School.

Her draw to the next step in her professional journey? “I’m one that likes a little bit of a challenge,” she said.

“There was a lot in the news and the media that were circulating about Koontz,” she said, citing recent upset from parents during talks of school closures this year. A proposed consolidation plan would have relocated a portion of students from Faith Elementary to Koontz’ site, and parents were quick to express displeasure at the prospect.

“I really feel that every child is a child and is a child of Rowan County,” said. “We should support them no matter where we are, honestly and truly.”

And so she applied, rising to the top among a pool of 46 applicants.

Originally from Atlanta, Georgia, Buckner said she’s wanted to be an educator “from day one,” having listed the aspiration on school work as early as kindergarten.

She would later serve as a camp counselor through Girl Scouts, discovering there her true passion for working with kids and “just developing them as leaders,” she said.

Buckner would go on to graduate early from St. Andrews Presbyterian College in Laurinburg, finding employment at Covington Street Elementary in the same city.

Following a two-year detour to her home state due to budget cuts, she found herself at Charlotte’s Dilworth Elementary in 2013. Here, her journey would move from the classroom and into administration, as principal and mentor Terry Hall nominated her for Queens University’s School Executive Leadership Academy.

“She really believed in the work that I was doing … within the school and how I was working as a classroom teacher while offering support in school system structure,” she said, explaining her work at Dilworth with students in need. “I really found a passion, … and that’s just kind of where my heart grew.”

But, she said, she knew something was lacking. She and her husband had put down roots in Salisbury, and she felt disengaged from her school community due to her long commute.

“I knew community members, but I wasn’t in the community necessarily,” she said. “I really felt like wherever I am living, that’s where I need to be serving and supporting the members of the community.”

She applied to Morgan Elementary therein, joining the school in August 2016 where she has since enjoyed the close-knit experience she once craved.

And it’s an experience she’ll be working to bring to Koontz.

“I want to be able to create at Koontz a feeling that we’re one big family and that everybody’s a part of that: community members, families, students, teachers, everybody that comes in that building and feels that same love,” she said. “It doesn’t take one person to lead a school, it takes a whole team, really the whole school, to get that community buy in.”