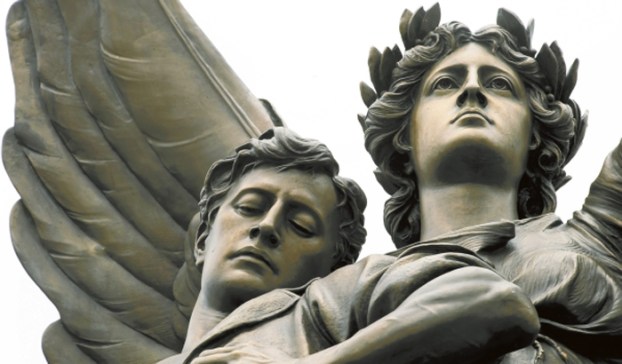 My turn, Carol Pomeroy: Moving ‘Fame’ could satisfy both sides

This is in response to Elaine Hewitt’s letter, about the Confederate statue “Fame,” which was read to the City Council on April 16 and published in the Salisbury Post on April 21 (“No need to destroy history, move ‘Fame’ in Salisbury”).

Then, there is the history of the black men and women who were taken from their homes in Africa and brought to America as slaves. They were owned by other human beings. They could not come and go as they wanted. They were forced to work long hours under extreme conditions without pay. They were beaten, maimed and sometimes hanged. Their women were raped by their owners. Their wives and and children were sold.

Whose history was more painful and disturbing? Even though slavery has ended, there is still racial discrimination that exists to this day. African-Americans experience inequality in areas such as housing, employment, education, voter suppression and the justice system.

Moving “Fame” from its very prominent location to another location does not destroy its history or erase history as Hewitt indicated.

It would just relocate the statue to a less prominent and more appropriate location. Its history would still exist as all history exists. At present, very centralized location, “Fame” is a constant reminder to the African-American community that their ancestors were slaves and that they are still not treated as fairly in our society as they deserve to be treated.

Relocating “Fame” would not eliminate its ability to be seen and visited by anyone who wanted to see it. It would, however, eliminate it having to be seen by those who would otherwise choose not to.

For those who do not want to relocate “Fame,” ask what is really the issue?

Moving it would not destroy or erase history. It would not make it impossible to visit.  People could view it everyday if they chose. It would not prevent people from honoring their ancestors. However, it would go a long way in trying to understand why that statue is offensive and so very painful to the African-American community.

By Leonard Pitts The Republican Party’s appeal, it has occasionally been argued in this space, stems largely from an implicit... read more