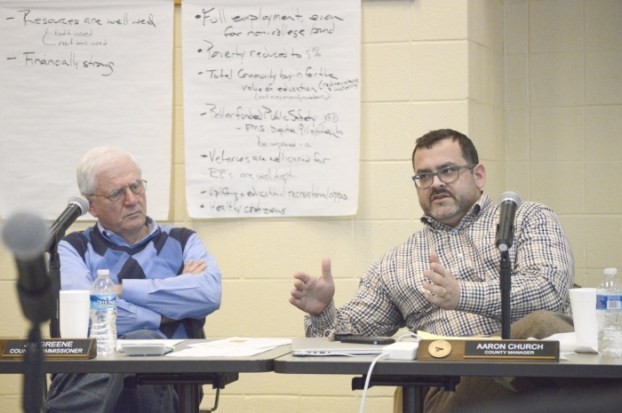 At the time the Rowan-Salisbury school board canceled closure plans in early April, we were confused.

How could county government provide funding above the $60 million it had already contemplated providing for capital needs by 2021 without raising taxes — especially if, as commissioners Chairman Greg Edds said, this year’s revaluation produced worse-than-expected results?

Altogether, that’s $81.5 million, a nice chunk of change for Rowan-Salisbury Schools to address its capital needs.

Even leaving out the already allocated $6.5 million, the proposed $15 million next year and $60 million the following year is enough to accomplish two to three immediate, big projects. Perhaps that involves consolidating two schools into one in the east and south Rowan areas — an idea that has been floated more than once.

The school system could turn Koontz Elementary into a career and technical education high school, as it previously planned, and move Koontz students into surrounding schools, another proposal that’s not received final approval. Perhaps it could use the money for miscellaneous capital improvements across the school district. Or it could pick and choose from options contained in a multi-tier plan presented late last year.

But how exactly will Rowan County come up with money for an extra $15 million for Rowan-Salisbury Schools in addition to all the other items contained in Church’s proposed budget?

Church proposes to keep the property tax rate unchanged after a revaluation year in which values are estimated to have increased at a healthy rate, on average, across the county. That means people whose houses increased in value will pay more property taxes.

That seems logical to many; of course the amount someone pays in property taxes goes up when the value of their home increases. However, other options included decreasing the property tax rate from $66.25 cents to a revenue-neutral rate of $62.89 cents per $100 in valuation or somewhere in between.

Despite those choices, we think Church made the right call and hope commissioners will approve the proposal with the $15 million in new debt included because RSS, while still needing to make a decision about closures, is sorely in need of money to address capital needs.

Meanwhile, commissioners can’t reasonably be accused of raising taxes because the tax rate has remained the same for years. And there are few, if any, better places to invest extra tax dollars than public schools.

Salisbury received some troubling news in recent weeks — an allocation of state funds to help in the historic Empire... read more