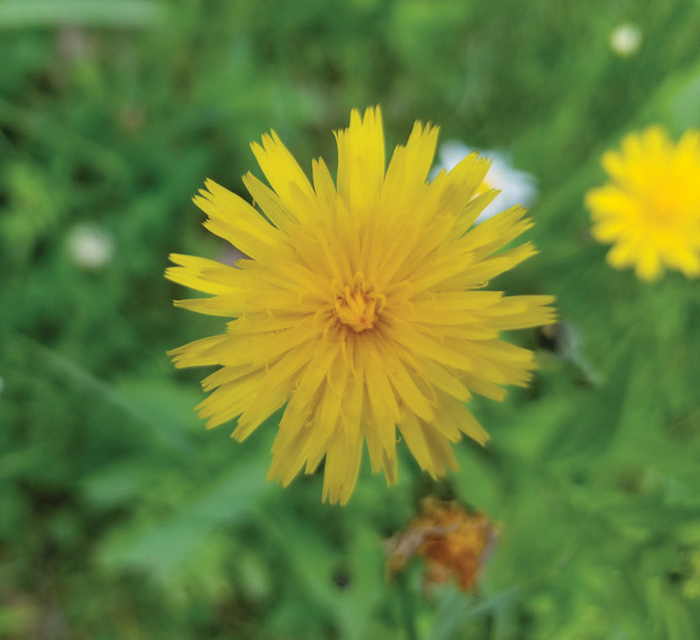 Photo by Darrell Blackwelder Some homeowners allow the false dandelion in their lawns because of the appealing blooms. 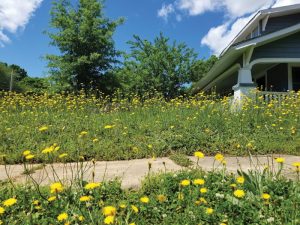 Photo by Darrell Blackwelder
The false dandelion blooms only in its second and final year of life.

Nobody will argue that this is one of the best springs in years for blooming trees and shrubs.

Azaleas, dogwoods, rhododendron and other flowering shrubs blooms have been spectacular — and so have the weeds. Carolina false dandelion is an interesting weed that is now blooming profusely.

This unusual type of dandelion has literally taken over many roadsides, fields and in some instances, entire lawns.

False dandelion has hairy, deep lobed rosette-like leaves with a long taproot. It also has showy, profuse yellow flowers on a tall green stalk. Above average rainfall and temperatures this season provided the perfect opportunity for a great percentage of its seed germination.

In fescue lawns, it is best to control this biennial broadleaf weed in the spring or fall with post-emergence broadleaf weed killers. However some homeowners have expressed a desire to keep them because of their beautiful flowers.

Always remember — “One man’s weeds is another man’s flowers.”

More detailed information can be found at https://www.turffiles.ncsu.edu/weeds-in-turf/carolina-false-dandelion/