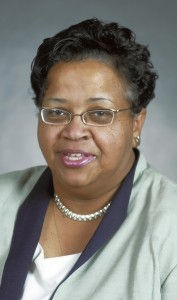 The 2017 death of Norma McCorvey, the infamous “Jane Roe” in the Roe vs. Wade case legalizing abortions, and the street fights between pro-life and pro-choice forces are sickening in that fighting over abortions is a manner framed to inflame but not resolve the issues.

Abortions are a medical procedure and should be looked at in that framework. The cowardice of obstetricians is flagrant in not demanding that such considerations not be the sole province of politicians. It’s flagrant, too, in that moralists are bent on denying physicians the use of these often necessary procedures.

Courts and politicians should limit their intrusions on medical practices because they are not licensed. Subjecting physicians who perform abortions to legal penalties with jail time is ridiculous and should be halted.

I find it appalling that legislation to define who can do, obtain and determine when abortions may be done without medical input into procedures is a political pawn.

In my youth, the news was replete with examples of young women who suffered the consequences of back-alley abortions using coat hangers or a cola douche, which resulted in severe infections or death.

The first pregnant patient I was assigned was severely beaten in her fourth month causing her to begin to spontaneously abort her fetus. I delivered three anencephalic (no brain) fetuses within one month whose existence was incompatible with life — one threatened the well-being of its mother. Within 10 minutes, I saw a pregnant patient lose four of her eight pints of blood due to unexpected complications of a pregnancy, which required its termination.

Most of my patients didn’t realize they were pregnant until after the second month — long after the six weeks and heart beats weren’t always detectable.

I’ve seen pregnant women go into status epilepticus (repeated seizures) due to pre-eclampsia and a host of other problems which would medically justify an abortion. People fail to appreciate that tubal pregnancies, molar pregnancies, pregnancies accompanied by cancers and other conditions may threaten maternal existence, which are reasons to consider terminating that pregnancy.

Selective abortions of women carrying more than four fetuses are often considered — women are not dogs or animals carrying liters and such numbers can threaten the health of the fetuses and mother.

The decision to have and perform abortions are not taken lightly. These should not be perceived as choices on demand but rather medically indicated options.

It is seldom about women’s rights or choice but should reflect medical necessity. Until you are standing there at that moment, you have no earthly idea about considerations which must be taken into account.

Emergencies, by their nature, are often quick and unexpected. They require immediate action, not a mandated waiting period.

Politicians should get out of people’s beds in dictating their behavior and leave the affairs of a woman’s womb to those who appreciate the problems which can arise in a pregnancy.

Abortions are not birth control as many with a one-child philosophy, such as China or the pro-choice movement, seem to support.

Abortions also are not anti-life as pro-life forces push without consideration of the woman as well as the child affected.

Pregnancies by rape and incest are issues not to be ignored. They are choices that should be allowed further consideration by women forced into one or the other against their will. Females are not chattel property.

By the same token, denial of consenting adults the right to use birth control, as determined in the Griswold vs. Connecticut Supreme Court case, is unconstitutional.

Over half of all conceptions are spontaneously aborted likely because of genetic abnormalities incompatible with life. This tissue, if studied, has value in promoting life for today’s and future generations. To save the life of the mother is a consideration of Judaism, which appreciates the bond of mothers with children as well as their required protection of their children’s lives.

Over decades, as I’ve watched White House signing ceremonies around the issue of abortion. I am sadly struck that those present are usually white men who aren’t likely to get pregnant, though they can impregnate many, or women past their child-bearing years who desire to censure reproductive actions of women.

There is room for Planned Parenthood on many fronts, but the federal government should not fund it or elective abortions as well as Viagra or in vitro fertilization for those still trying to stay in the game. Those desiring reproductive choices should be willing to pay for their legal choices, not taxpayers.

The courts must allow physicians to legally practice medicine as indicated and stay out of medical choices which are best left to doctors and their patients.

The dedication last week of the Rowan County Peace Officer’s Memorial Monument was appropriately impressive. The hope and prayers of... read more