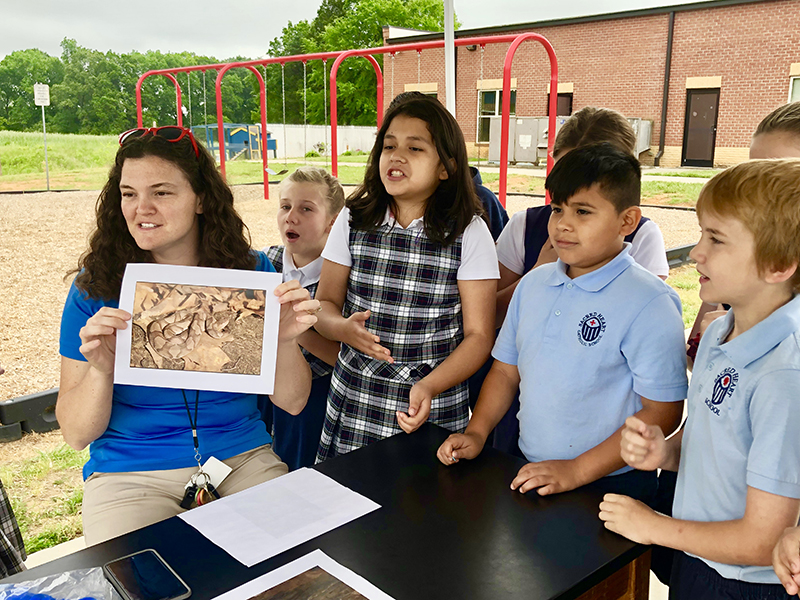 Sacred Heart is committed to teaching students through experiences and activities, with many learning opportunities outside on campus nature trails, in outdoor and sensory gardens, and in beekeeping and chicken coop habitats.

• Crafts with 4H and Beth Stebe.

Horizons to host ‘Rock the Dome’

From 5 to 10 p.m. May 17, Horizons Unlimited will host a laser light program at Margaret C. Woodson Planetarium. A different offering is planned on the hour. Tickets are required. Shows include:

Admission to each show is $5 per person. Guests are encouraged to arrive at least 15 minutes early.

Those who pre-register on EventBrite and submit tickets with their payment will be entitled to priority seating.

Kids race zucchinis at Jiggy With the Piggy

KANNAPOLIS – Last Saturday, children raced zucchinis in the Kids’ Zone at the Jiggy With the Piggy Festival. Children used their imaginations to create the fastest and most nutritious cars with the supplies of vegetables provided to them. Winners took home prize packages from sponsors the 600 Festival and the Cabarrus Convention and Visitors Bureau.

The winners, by age category, are:

• Most Creative: Max Schmidt of Harrisburg.

• Most Creative: Peyton Rutherfod of Kannapolis.

• Most Nutritious: Caleb Casper of Rockwell.

• Most Creative: Lilly Schieve of Charlotte.

The local students who will attend are Sophia Brown, Grace Curlee and Victoria Post of Carson High  School.

Girls State will be held June 9-15 at Catawba College. Featuring presentations from top state government officials, the leadership development program is offered to rising high school senior girls who explore how government functions by creating their own state government.

Girls State participants develop two fictitious political parties, party platforms, campaigns and conventions, culminating with the statewide election of state officers. Parliamentary procedure is used to conduct all sessions, including legislative assemblies in which bills and resolutions are drafted for the General Assembly.

The installation of state officers, a variety showcase, engaging speakers and a college fair are some of the highlights of the week.

The North Carolina Girls State program began in 1939 and is the longest continuously running session in the nation. Other state programs were temporarily suspended during World War II.

Girls State is sponsored by the American Legion Auxiliary, Department of North Carolina.

ELGIN, Ill. —  Nuts, Bolts and Thingamajigs, the foundation of the Fabricators and Manufacturers Association International, has announced that 131 programs across the United States will receive grants and support to hold manufacturing camps this summer.

They include Rowan-Cabarrus Community College in Salisbury and McDowell County Schools Career and Technical Education in Marion.

The foundation will award a total of $259,500 in grants, ranging from $1,000 to $2,500, along with support materials to community colleges and technical high schools offering summer day camps. Camps introduce young people, ages 12 to 16, to careers in manufacturing and engineering.

Major sponsors of the foundation’s camps program are the CNA Foundation, SolidWorks Corp. and Miller Electric.