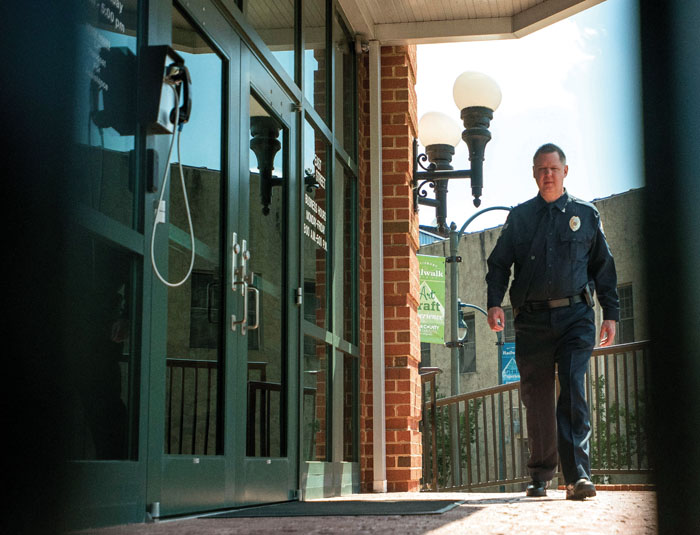 SALISBURY — Nearly four years ago, a California pair opened fire on a Christmas party and at a department of public health training event in San Bernadino. Law enforcement said it was a mass shooting by homegrown violent extremists. The events following that tragic incident, particularly the aid provided by first responders, stayed with local Dr. Bradford Grimm.

Grimm, who is a hospitalist at Novant Health Rowan Medical Center, learned that one of the first personnel on the scene following that December 2015 shooting was a physician attached to the SWAT team. The California native was intrigued at the thought of a doctor being on site to provide immediate medical care for the injured. Grimm has been a doctor since 2008.

“I started looking into it and I thought that is an excellent way that I can use my talents and skills to support these officers who risk their lives to stop some very bad people,” Grimm said.

So a year ago, Grimm, who was still on staff at Novant, obtained his basic law enforcement certification through Stanly Community College. His family didn’t see him much for eight months while he worked to become certified. He’s now a volunteer reserve police officer with the Salisbury Police Department. He was sworn in a week ago.

His fellow doctors at the hospital stepped in to cover his shifts while he gained skills to become a law enforcement officer and will continue to do so if he’s deployed with the police department’s Special Response Team (SRT).

Grimm said there are some really good doctors at Novant and they’ve been very accommodating to fill in for him so that he could take the time that it required to become a reserve police officer.

He’s already trained with the Special Response Team and has since been able to continue to bond with them.

It’s not uncommon for a medic trained in tactical medicine to be attached to a SWAT or response team, but Grimm would be an added benefit to the Salisbury team. Essentially, a paramedic can only operate within the scope of his training, but Grimm could apply advanced medical care onsite once a threat is contained.

According to Grimm, 20 percent of casualties die on the spot, but within five minutes another 40 percent go on to die unless there’s some immediate medical intervention.

Grimm is cross-trained on all weapons including handguns and rifles.

Police Chief Jerry Stokes said this was an opportunity to “enhance the capabilities we already have.”