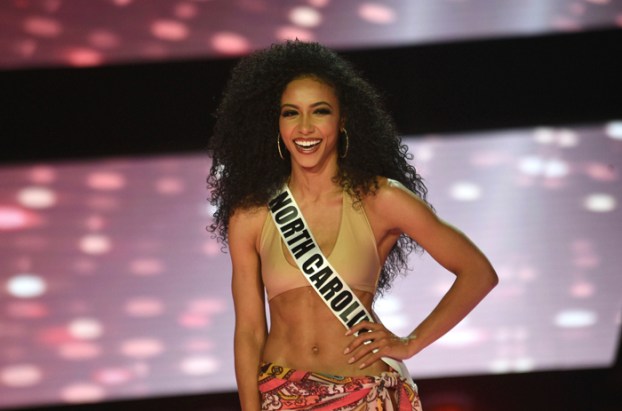 NEW YORK — When Cheslie Kryst won the Miss USA crown, it marked more than a personal triumph: It meant that for the first time, three black women are the reigning Miss USA, Miss Teen USA and Miss America.

“The three young women who have focused their energy on demonstrating how standards of black beauty speak for American standards of beauty are to be commended,” said Thomas DeFrantz, a professor in the department of African and African-American studies at Duke University.

“These three standard-bearers prove that black beauty is at the heart of a 21st century American ideal,” he added.

Franklin, from New York, won her title in September in Atlantic City, New Jersey, becoming the first woman also to win the Miss America crown without having to wear a swimsuit. Garris, from New Haven, Connecticut, won her crown in April and hopes to become a trauma nurse.

Kryst, a former Division I athlete and attorney at Poyner Spruill LLP in Charlotte, won her crown in Reno, Nevada. She holds an MBA from Wake Forest University.

“Mine is the first generation to have that forward-looking mindset that has inclusivity, diversity, strength and empowered women. I’m looking forward to continued progress in my generation,” said Kryst, after accepting her crown.

She now advances to the Miss Universe competition.

The oldest of the three is the Miss America pageant, which began in 1921 but women of color were barred from participating until the 1940s by a rule that said contestants must be of “the white race.” Frustration led to the creation of Miss Black America contest.

In 1970, Cheryl Browne became the first black woman to participate in the Miss America pageant. Since then, more than a dozen black women have been named either Miss America or Miss USA, including actress Vanessa Williams, the first-ever black Miss America in 1983.

Details coming together for May 18 Cheerwine Festival

Staff report Salisbury-based Cheerwine will host what it expects to be the “biggest Cheerwine Festival ever” in its third consecutive year. The... read more