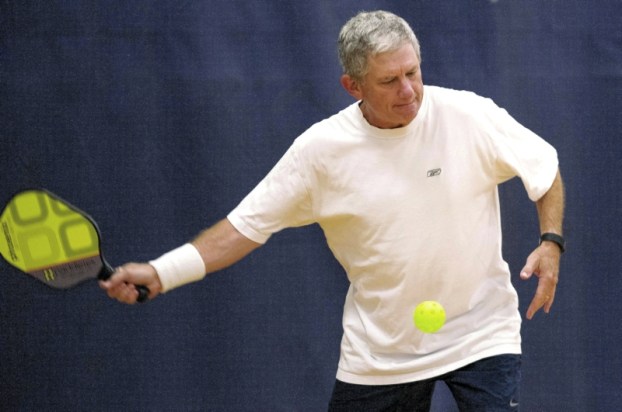 My family was surely among the first players when the Salisbury City Park tennis courts were built in 1965.

In the summers, my parents, Rose and Eddie Post, would drop off my brother Sam and myself at 8 a.m. on their way to work. They would pick us up at noon, drop us off again at 1 p.m. and do a final pickup at 6 p.m.  Those courts were home to many kids in those days.

City Park tennis is a part of my soul, my essence.

The tennis heyday was in the 1970s.  Working as the city tennis pro in the summers of 1976 and 1977, our tournaments drew over 200 players and often over a hundred spectators watching the finals. To play for fun in those days, players had to call the rec center and reserve courts. It was a phone race to get a time slot for the next week.

I miss those days when tennis was king. It’s sad, but times change.

Three years ago, a shoulder injury led me to give pickleball a try and, like two million others, I loved it. I wish I could still play tennis, but my shoulder still bothers me and pickleball rarely requires over-the-shoulder strokes. So, it was a perfect fit.  With my tennis background, it was easy to learn, but the beauty of pickleball is you don’t need to be a tennis player to learn it quickly and enjoy it. Times change.

The City Park tennis courts are used, but never at capacity. I live nearby and drive by the courts three or four times per day. In the last 10 years, I have only seen two situations where more than four courts were being used at the same time. The first was during the Rotary tennis tournament, which Reid Leonard and myself organized and operated for more than 10 years. But the Rotary tournament moved to Catawba last year and isn’t happening this year. Times change.

The second time all six courts get used is during school matches, and it seems like such a waste to have those last two courts sit vacant 355 days per year for the 10 days of school matches. There are several ways to solve the school match issue, but many times those matches are held on just four courts anyway. Times change.

Meanwhile, cities all over N.C. and the U.S. are converting a portion of their public tennis courts into pickleball, which has seen a 650% increase in participation over the last six years, according to USA Pickleball Association. At least 15 towns in N.C. have converted portions of their tennis courts to pickleball courts. Private tennis clubs are following suit. Indian Wells, Bobby Riggs Tennis Center and Andy Roddick Tennis Center have converted tennis courts to pickleball. This national phenomenon is merely accommodating demand of recreational trends. Times change.

Chapel Hill converted two of six tennis courts at Ephesus Park. Tennis is still played there occasionally, but never with a wait. About 50-100 players show up daily to play pickleball for leagues and open play.  And we will get a similar level of participation here in Salisbury. We need to face the fact that the trends are going in that direction. Times change.

The playground at City Park used to have sliding boards, see-saws and merry-go-rounds. There was even a jet airplane for kids to climb on, and a little train on the other side of the creek. Now, the playground has a tire swing, climbing bars and swings for kids. The city’s recreation department continues to modify their offerings to accommodate as many people as possible. Times change.

A conversation about a tennis-to-pickleball conversion in Salisbury has been on the city’s drawing board for a few years, but the budget couldn’t fit it in.

So, private funds were raised for this project.

Some have suggested that this conversion is some sort of clandestine attempt with unethical undertones to use private money for public projects. The nearby Flag Concourse, War Memorial and Hurley Park were all privately funded projects and there are many other examples. Private money is used to improve public amenities frequently.

Only two of the six tennis courts at City Park are being converted into pickleball courts, sacrificing a very small amount of tennis utility by accommodating this explosive pickleball trend.

Currently, pickleball players carry a 35-pound net to the courts to use the existing painted lines. Nobody ever had to carry a net to play tennis. Permanent pickleball courts with nets will serve a new, much larger recreational population.

The heyday of tennis was 54 years ago. Pickleball’s heyday is now. Let’s not miss the boat.

Jon Post is a Salisbury resident who’s a longtime tennis and pickleball player.

Editorial: Start with putting waste in its place

Over and over, the Rowan County Department of Social Services has released balloons in observance of Child Abuse Prevention Month,... read more