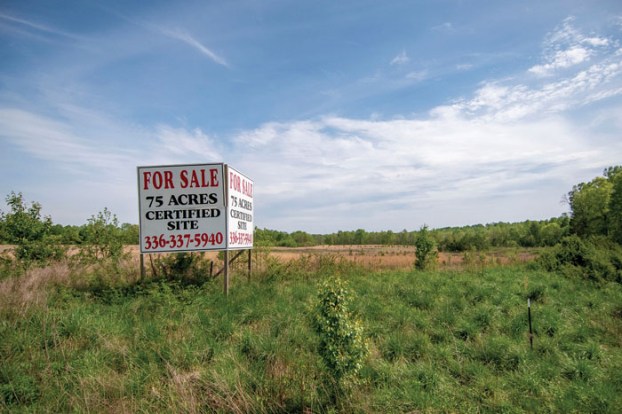 Chewy, an online retailer of pet food and other pet products, will bring a fulfillment center to Rowan County that will create 1,200 jobs, Gov. Roy Cooper announced Wednesday. Jon C. Lakey/Salisbury Post The 700,000-square-foot facility will be built on the Trevey Site, located at the intersection of Long Ferry Road and Interstate 85 at Exit 81. Salisbury, NC 4/17/19

2. When it reaches 1,200 jobs, the Chewy distribution center’s employment will rank it where among private companies in Rowan County?
A. First
B. Third
C. Fifth
D. Seventh

3. What is Chewy’s parent company?
A. Alpo
B. Purina
C. PetSmart
D. Amazon

5. During the recruitment period for Chewy, Rowan County Planning Director Ed Muire shared with local officials a personal experience he had with the company that strengthened their interest in Chewy. What did Muire tell them?
A. The Muire family received condolence flowers from Chewy after its dog died.
B. Chewy sent the Muires free dog food for a year because it messed up a previous order.
C. Chewy had one-day delivery on a dog bed the Muires ordered just five days before Christmas.
D. Chewy offers free prosthetic legs to injured dogs, and the Muire family took advantage of that gesture.

6. One of the world’s top thinkers on energy, Amory Lovins, spoke Wednesday night at Catawba College. Of all the countries the United States is lagging behind in the use of and focus on renewable energy, which nation is it most behind, according to Lovins?
A. Holland
B. China
C. Germany
D. France

7. City Park in Salisbury is having a mild controversy these days over what recent change?
A. The removal of five crape myrtles and their replacement by holly bushes
B. A new prohibition against fishing at City Lake
C. A new prohibition against feeding waterfowl at City Lake
D. The relining of tennis courts and conversion of two tennis courts to accommodate pickleball

10. Students from Southeast Middle School won a national competition involving more than 250 schools in 36 states, and a sixth-grader, Bradley Gilbert, was the top national performer in this “growth challenge.” In what academic subject was Southeast Middle deemed best in the country?
A. English
B. Science
C. Social studies
D. Math

SALISBURY — None of the kids noticed, but Wayne Kennerly walked through the Harold B. Jarrett American Legion Post meeting... read more