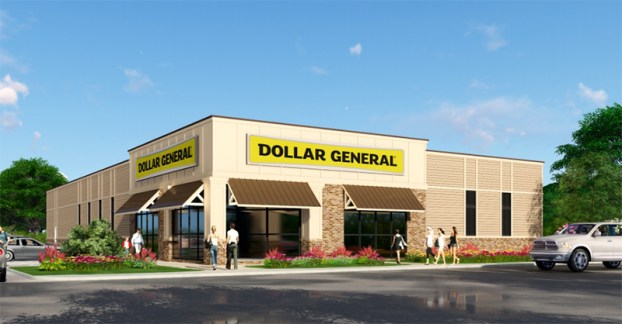 A rendering of what the proposed Dollar General in the Rockwell area could look like. Rowan County commissioners approved this design along with a rezoning on in March. 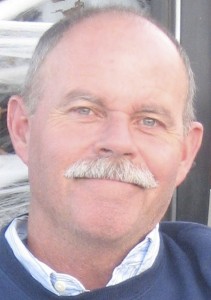 That was the question put to the citizens of Mount Ulla recently by a representative of a developer planning to build a Dollar General store at the corner of Highway 801 and Back Creek Church Road. The overflow crowd offered many reasons, but only one really matters — zoning.

They  — Teramore Development and Dollar General — could not care less about the concerns of what they perceive as a bunch of hicks and hayseeds wielding pitchforks and torches. It’s not about greed. It’s business. Preservation, shmeservation. I spent twenty-plus years in construction. So, I understand the conflict between progress and preservation.

If we let the affected citizens scuttle every proposed construction project, nothing will ever be built. Zoning allows certain structures and businesses in specific areas while restricting them in others. While our beef is with Dollar General, the focus of our efforts to keep them away from this particular zone must be directed toward the Rowan County commissioners because they must determine if the corner in question may be rezoned. Common sense, logic and reason dictate that it not be.

There are reasons people choose to live in Mount Ulla. Many were born here and chose to stay, as their forbears for several generations did. Others relocated here from somewhere else, drawn to Mount Ulla by, well, something. At least one person moved away as a child, longing to return and finally, after thirty years, was able to do so.

Perhaps the question should not be why so many people choose to throw out the anchor in Mount Ulla, but rather why they so fiercely defend this seemingly inconsequential little township.

While probably not literally unique, Mount Ulla is definitely peculiar, especially the 801 corridor. There are long stretches without billboards or strip malls and plenty of trees, crops, animals, clean air and clean water.

Mount Ulla is an oasis in a desert of expanding urbanization and sprawl, a counterweight to commercial development necessary for balance, but its appeal is difficult to explain.

How does one describe essence? Spirit? Soul?

We cannot expect the developer and the folks at Dollar General to give a rat’s rump about such things, but they should be factors in the county commission’s consideration.

Speaking of the developer, an agent representing Teramore gave his spiel at the community meeting. He was respectful, patient and you couldn’t pay me enough to do his job. He displayed a rendering of the proposed store, complete with rustic touches clearly intended to make it more appealing to us bumpkins.

“Looky yonder, Clem. They made it plumb countryfied.”

The agent offered up a couple of flawed premises in his presentation. Early on, he suggested that the progress we are fighting is inevitable, posing the question, “If not Dollar General, then what?” to which most of us replied, pretty much in unison, “Nothing.”

He made a reference to existing commercial businesses in the area. What he omitted was that said businesses are locally-owned and mostly home-based. The agent touted the jobs created by the addition of this business, including construction workers and seven to nine store employees.

Counterpoint No. 1: The construction will likely be performed by out-of-state contractors and sub-contractors. Counterpoint No. 2: From my shopping experience at different Dollar Generals, there must be five to seven employees toiling away where we cannot see them.

The environmental and ecological impact should also be considered. The land on which this unwelcome development is proposed is heavily wooded and natural habitat for several species of animals. A fairly large herd of at least fifteen Axis deer move back and forth along a game trail they have established within this wooded area. Rabbits are plentiful, although local motorists inadvertently help control their population. What will become of these helpless woodland creatures? Don’t make me get my friends at PETA involved.

The trees will be removed, replaced by a metal structure surrounded by dark asphalt, creating a heat island. This will result in an increase in the average temperature of that corner, contributing to the increase in the average temperature of the planet. With only 12 years left to reverse course before the world is destroyed, do we want to contribute to the problem? Don’t make me get my friends in the Anthropogenic Global Warming community involved.

We are not against progress; we simply define progress differently.

Finally, does anyone believe it will end with Dollar General? Once the ominous precedent has been established, what will keep other commercial entities from extending their tentacles into our quaint little township?

“You approved Dollar General; why not us?”

The heart and soul of Mt. Ulla will be bruised and battered by the placement of a Dollar General. What comes afterward will finish us off.

The Rowan County commissioners sit in the emperor’s box. What will it be, thumbs up or thumbs down?

Letter: Release returns only if evidence of crimes

Certain members of Congress are clamoring for the release of President Donald Trump’s past tax forms. That’s fair if and... read more