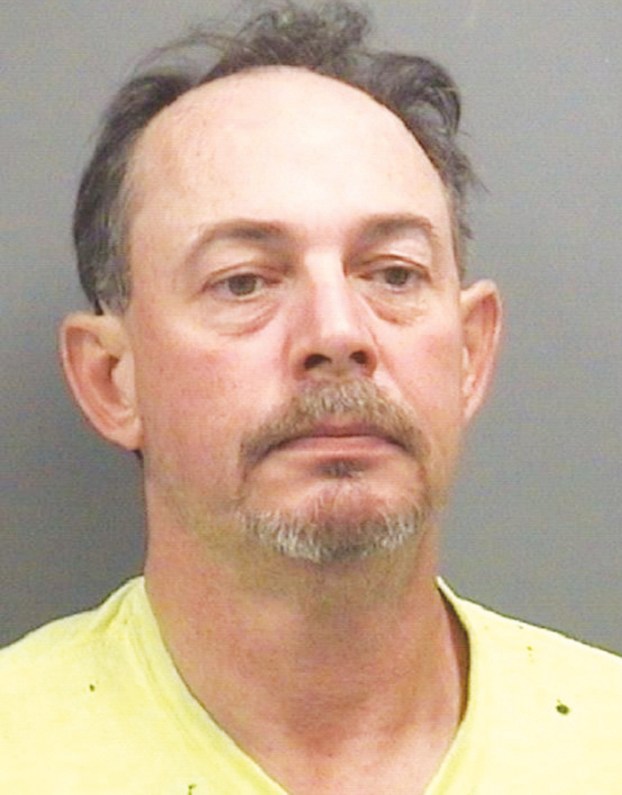 SALISBURY — In his closing statements Monday, defense attorney Tom King asked jurors if they could believe three of the state’s witnesses, all of whom revealed damaging evidence that put his client, Donald Frye, at the home of Sheila Godfrey the night she was killed.

Frye, 52, has been on trial for the past two weeks. He stands accused of beating and strangling 53-year-old Godfrey at her Lyerly Pond Road home.

Rowan County District Attorney Brandy Cook said the witnesses are credible and the evidence points to Frye as Godfrey’s killer.

Godfrey’s daughter, Jessica Lind, had asked friend Dean, a friend, for help when she couldn’t get her mother to reply to text messages and phone calls.

He also took Godfrey’s Chevrolet Blazer and abandoned it at the Superspeed Laundromat on Avalon Drive when it ran out of gas. He had an acquaintance, Sarah Wetter, drop him off at the end of Lyerly Pond and Faith roads on April 27, 2017, the day before Godfrey’s body was discovered. Wetter drove Frye’s Honda to run errands, including shopping at Old Navy.

Frye called Wetter later to pick him up at the laundromat, then changed the location to a nearby Shell gas station. The two later went to Walmart, where Wetter bought groceries and other items. Frye told Wetter he had to leave and returned over half an hour later. He came back with menthol cigarettes, which Wetter said she found odd because he didn’t smoke that kind.

“Sheila did,” Cook told the jury in reference to menthol cigarettes.

Wetter told the court she stayed with Frye rent-free because she helped him access drugs. Cook said Wetter testified that she knew what Frye looked like high and that after she picked him up at the gas station, he appeared high.

Jurors also heard from Eric Knabb, a former cellmate of Frye’s, who told them that in January he saw Frye crying. When he asked what was wrong, Frye said he was haunted by the death of a friend. Knabb said he now believes that friend was Godfrey.

Frye said his friend owed him money and refused to pay him so he stole her television, DVD player and other items, Knabb testified. Frye then asked Knabb if he ever did anything he regretted.

Knabb wrote a letter to the District Attorney’s Office explaining that he had information about the Frye murder case. He also asked District Attorney Cook for a deal in an unrelated case. She told him he would get no special offers, and he was recently indicted as a habitual felon.

Braden Lawing, another inmate and former roommate of Frye, testified that on April 27, 2017, Frye had a large lockbox with paperwork that had the name Godfrey on it. Lawing said Frye asked him to help open the box, but Lawing said he didn’t want to get involved.

Lawing said he was in the car when Frye tossed the lockbox into Kannapolis Lake.

King said jurors shouldn’t trust anything Wetter, Knabb and Lawing said on the stand. The Salisbury attorney also pointed to further testing of DNA evidence that was submitted to the SBI crime lab.

Cook said the evidence was irrefutable in that Godfrey’s DNA was on Frye’s tennis shoes, the same shoes he wore when he was arrested. Rowan detectives seized Frye’s shoes and sent them to the crime lab for testing. There were several spots of what appeared to be blood on the shoes. According to forensic biologists, the blood was that of Sheila Godfrey.

Preliminary testing was used for some of the items so as to not destroy or damage the items for further forensic tests.

The day he was arrested Frye told detectives he had smoked crack cocaine every day since September.

Cook said the reason Frye killed Godfrey was to get money to feed his drug habit.

Defense attorney King said his client had no blood on his clothing, but Cook said Frye had three hours before Wetter picked him up and, in that time, he traded the items he stole from Godfrey for drugs and cleaned up.

Cook said Frye had a coat with him and, when he was shown on surveillance video in the laundromat, he was carrying it inside out. Cook said that was because he was hiding blood that would’ve been on the coat.

“This is what Sheila Godfrey felt around her neck that was part of ending her life,” Cook said, holding up an electrical cord that was wrapped around Godfrey’s neck.

“You can still see Sheila’s hair in this,” Cook said, showing it to jurors as members of her family quietly sobbed.

The cord reportedly was wrapped so tight that it had to be cut off by the medical examiner.

Cook asked what Godfrey’s life was worth to the defendant. Was it worth a stolen debit card, television and DVD player?