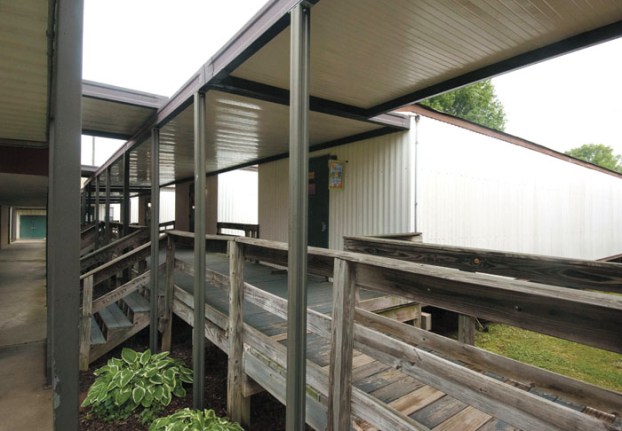 No action taken as school board considers mobile units’ fate

SALISBURY — Opinions were divided Monday as members of the Rowan-Salisbury Board of Education once more discussed the fate of the school system’s 88 mobile units.

Currently, there are 82 trailers throughout the county’s 34 schools. And five units are at the former Woodleaf Elementary. A pod unit is at Cleveland Elementary.

Monday’s discussion followed a question raised in late March by board member Dean Hunter: Why are mobile units being used so heavily if the school system is under capacity? Staff members were directed to gather more information on the current uses of the mobile units after the March 25 discussion.

According to information presented by Assistant Superintendent for Operations Anthony Vann during Monday’s meeting, Bostian Elementary is the only school using mobile classrooms because of a need for additional space for students.

Other schools are using the units for other purposes — as offices, art or band rooms, or science labs. Some are used for storage, and others are empty.

Hunter said his preference would be to see all instruction moved back inside school buildings.

“If there’s a school that has capacity for classrooms … then they don’t need to have a trailer there,” he said. “I would like for us to remove all trailers that are not a necessity for classroom space.”

But Superintendent Lynn Moody said the buildings’ uses aren’t as simple as student capacity. Some schools use the spaces for restorative programs or labs for which the system’s older schools were not designed.

“We’ve let people use them if they were available because that keeps you from having vandalism and a number of other things,” Moody added.

Board member Travis Allen said he would rather see the trailers used than to see exploratory classes forced to share space or operate out of carts.

Vice Chairwoman Susan Cox said she had heard from Faith Elementary administrators that doing away with trailers would leave the school’s enhancement, English as a Second Language, and reading interventionist programs without space to operate.

“Teachers traveling on a cart is not efficient if you have another space for them to be,” Cox said. “It does hamper instruction. … I think if we can supply something that permits them to not have to travel with a cart or to teach in an auditorium or a closet or wherever else … then we need to provide that.”

Hunter disagreed, saying that exploratory teachers used to operate off carts with no problems, though he wouldn’t suggest going back to that.

Another big concern, he said, is upkeep of the mobile units — especially as they staff relayed that trailers are removed once they start to dilapidate or became no longer useful.

“You can say we need these for science lab or art,” he said. “I’m on board with that, but it looks like a dumpster. … I don’t care if you have a doghouse or a mansion, if you don’t invest money in it, they’re going to both end up being a dump, and that’s what’s happening.”

Allen said teachers who choose to use mobile classrooms communicated something else.

“It’s pretty obvious the state of our buildings when a teacher chooses to use that ratty trailer instead of going inside the school,” he said. “That tells me some insides of our schools are not as good as a trailer.”

No action was taken during the board’s Monday meeting, as school staff agreed to further formulate a plan to reduce the number of mobile units across the county.

Currently, the system has reached a stalemate in attracting new buyers. “I guess we saturated the market, because at this time right now when we have one up for bid, we do not receive any bids.”

Comeback! Cavs get their title, 85-77 in OT over Texas Tech

MINNEAPOLIS (AP) — Now that, Virginia, is the way to close out a season. And quiet those critics, too. Led... read more