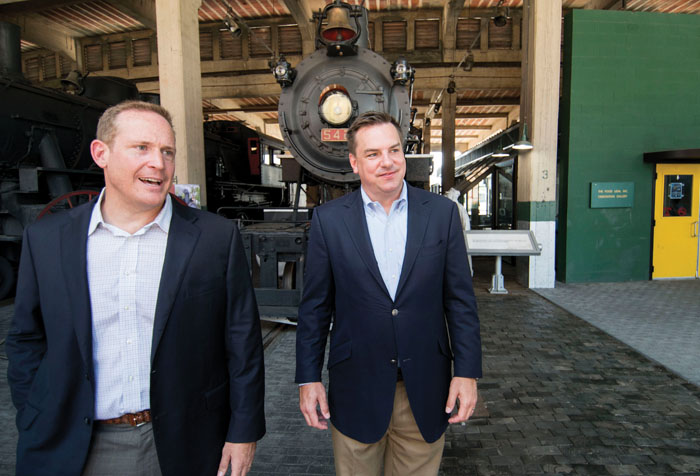 Laurel to Rowan County’s congressmen — Reps. Richard Hudson and Ted Budd — for choosing to donate to charity money received by businessman Greg E. Lindberg, who is among a group of people indicted in an alleged bribery scheme.

Lindberg, N.C. GOP Chairman Robin Hayes and others were indicted in a scheme that involved funneling money to state Insurance Commissioner Mike Causey in exchange for action that included removal of the senior deputy insurance commissioner, according to court documents.

And, while Causey is a Republican, Lindberg has made donations to politicians and political causes on both sides of the aisle. Hudson and Budd are among them.

Neither of Rowan County’s congressmen are accused of wrongdoing, but it’s encouraging that after hearing the news both quickly chose to donate contributions from Lindberg in an attempt to remove any doubt. Hudson says he’ll donate $15,400 — $5,400 from his official campaign and $10,000 from what’s known as a “leadership political action committee” — to yet-to-be-announced charities. Budd will donate a single contribution of $2,700 to The Dragonfly House Children’s Advocacy Center in Mockville.

Sure, Mahaley says he doesn’t “brag on” Linn because of the mounting evidence showing wrongdoing occurred under the former manager’s watch.

Still, it seems odd to do so amid a State Bureau of Investigation probe into embezzlement and after interim Town Manager and Police Chief Kenny Isenhour hinted last week that there may be up to five people under scrutiny for embezzlement. Linn is one of them.

Mayor, this is not the time to brag.

Laurel to the hard work from elected and appointed officials to get Rowan County close to scoring one of, if not the largest-ever, economic development announcements in our county.

A online retailer that’s still unnamed is reportedly considering Rowan County as one of three locations — sites in South Carolina and Georgia are the other two — for an e-commerce fulfillment center. Rowan County commissioners have approved a multi-million-dollar incentive package to lure the company here and create 1,250 jobs by 2025 with an average wage of $28,388.

Now, Rowan just needs the state to do its part and approve $1.5 million in funds to help build a sewer line.