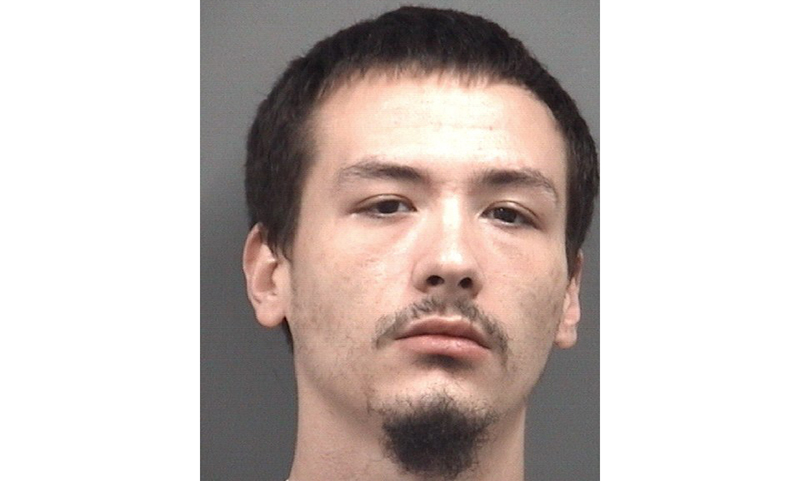 WOODLEAF — A man wanted by Rowan County authorities in connection with a weekend murder in Woodleaf was arrested in Robeson County.

A woman who was in a stolen vehicle with the suspect also has been charged.

The Rowan County Sheriff’s Office says Hayden Scott Godair, 25, who has Rowan and Davie county ties, was identified as a suspect in the shooting death of 17-year-old Jabari Isaiah Rogers.

Rogers was found with a gunshot wound about 1 a.m. Sunday lying in the driveway of an address on Cone Drive.

Deputies and medical responders administered medical help to Rogers, but their lifesaving attempts failed and he was pronounced dead at the scene.

Godair, who authorities said has a lengthy criminal history, was identified by investigators as the gunman.

Robeson County deputies located Godair about 2 a.m. Monday near Lumberton after responding to a call about a suspicious vehicle. The caller said the vehicle appeared to be stuck in the mud.

Robeson deputies said Godair at first gave them a fake name. The pickup he was driving was identified as stolen after it was checked on a law enforcement database. A pistol was found in the truck, which deputies also determined had been stolen.

Detectives with the Rowan County Sheriff’s Office went to Robeson County shortly after Godair was arrested.

Authorities determined Godair left the Woodleaf area with 21-year-old Savannah Dial. Dial lists one of her addresses as Cone Drive.

Authorities said Godair and Dial stole a 1998 Sonoma truck from a residence on Parks Road, about a mile from the murder scene.

Dial was charged with larceny of a motor vehicle and possession of a stolen firearm. She was returned to Rowan County by local detectives and placed in the Rowan County Detention Center under a $300,000 secured bond.

Godair was held without bond on a murder charge.

This investigation is continuing with additional charges possible, authorities said.