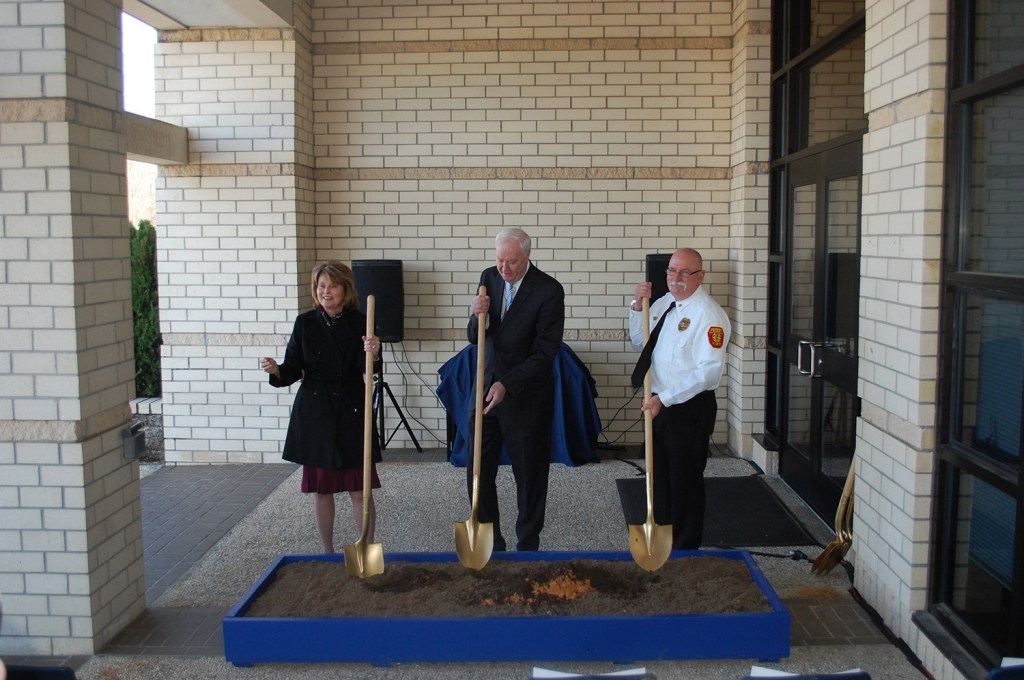 SALISBURY — Already a hot spot for training, a tower to be built at Rowan-Cabarrus Community College will bolster the school’s program for firefighter and emergency worker training.

On Monday, RCCC President Carol Spalding and Carl Short, chairman of the college’s board of trustees, joined Salisbury Fire Chief Bob Parnell to break ground for the five-story tower, which will feature opportunities for rappelling and getting out of confined spaces, mazes and entrapment boxes similar to what firefighters might experience in the real world while remaining safe.

“Rowan-Cabarrus Community College fire and rescue services training has been outstanding, and we’re proud of its past growth and prosperity,” Parnell said. “We certainly look forward to greater impacted and better skilled firefighters with the addition of the five-story training tower.”

The community college says it’s first in the state for fire and emergency training, and the tower’s addition will accelerate the program.

Despite starting with 12 full-time students, over the last 15 years the fire and emergency training program has drawn thousands of firefighters, including volunteers, from across North Carolina.

The college will begin construction on the tower in April; the project will take about five months. It’s expected to be ready for use by next fall.

Roger McDaniel, director of the fire services program, said students and instructors have been waiting for the tower to offer more specialized training. McDaniel said students offered their input about what the tower should include.

Improved training facilities will have an impact in local communities, said Craig Lamb, vice president of Corporate and Continuing Education. Insurance costs are based on the response of the local fire department, he said. And having a better ranking decreases the amount residents have to pay for insurance. Most communities strive for a four to six.

Lamb said support from fire chiefs was obvious when the NC Connect Bond was on the ballot, saying they worked with the General Assembly and went to the polls to speak with voters about the need for money to enhance fire training.

Firefighters undergo initial training to obtain state certification but continue to train and complete drills to stay up to date on new technology and certifications.

Salisbury Fire Department firefighters visit the community college’s program once a week, and others from across the state are there once a quarter.

Monday’s groundbreaking included a reception that showcased the renderings and blueprints.