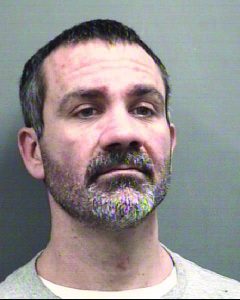 Milam admitted his status as a habitual felon. Judge Anna Mills Wagoner sentenced him to a minimum of 87 months to a maximum of 117 months in prison.

On July 30, law officers went to Kings Farm Road on a report of a suspicious vehicle. They noticed a vehicle in a driveway with its lights on; the driver was asleep at the wheel.

The homeowner told officers he saw the car in his driveway and called 911.

The driver, identified as Milam, appeared to be intoxicated. Officers said he had a firearm as well as heroin, methamphetamine, and a digital scale in the vehicle.