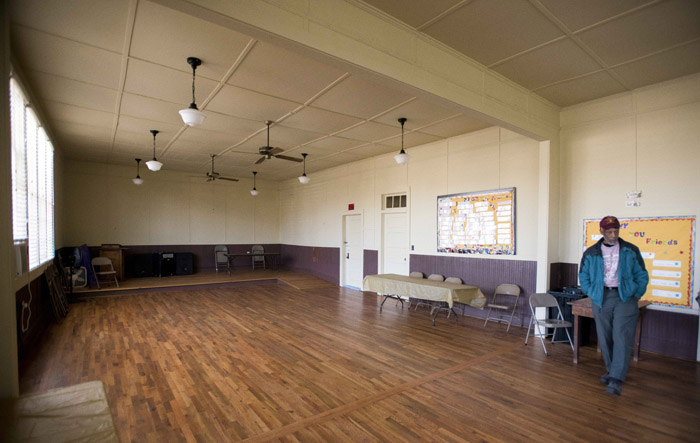 Leonard Hall stands in the assembly room at R.A. Clement School in Cleveland, which was added to the National Register of Historic Places. Jon C. Lakey/Salisbury Post

1. While he first expressed on Twitter that it would be a shame for the Kannapolis minor league baseball team not to be named the Intimidators after the 2019 season, Dale Earnhardt Jr. followed up with two alternative names, out of 1,200 the team has received. What were Earnhardt’s suggestions?
A. Lintheads and Weavers
B. Boll Weevils and Cotton-Eyed Joes
C. Ironheads and Cannons
D. Smokestacks and Finishers

2. Hoping to bolster residents’ confidence in town government, the town of Landis updated its website by adding a section that provides audits back to 2009, budget documents, salaries of town employees, and years of correspondence between the town and the Local Government Commission. What was this website link titled?
A. Sunshine law
B. Public domain
C. Public information
D. Transparency

3. The Salisbury City Council has learned that City Park Lake faces some serious problems. Which of the following is not one of them?
A. Birds
B. Muskrats
C. Algae and hydrilla
D. Holes in the dam

4. Testimony last week in Rowan County Superior Court revealed that three men charged in connection with the shooting deaths of Antonio and James Walker in October 2014 all bought something in Walmart the night of the killings. What?
A. Silver duct tape
B. .22-caliber bullets
C. Gorilla Halloween masks
D. Bandanas to serve as gags

5. Bell Tower Green, a proposed downtown park for the block bounded by West Innes, South Church, West Fisher and South Jackson streets, cleared a key hurdle Thursday when it received a final OK from what city board or commission?
A. Community Appearance Commission
B. Historic Preservation Commission
C. Zoning Board of Adjustment
D. Planning Board

7. Rowan County native Gary Roseborough recently retired after 25 years at a job connected to the Carolina Panthers football team. What did Roseborough do?
A. He drove a team bus.
B. He was team chaplain.
C. He was locker room manager.
D. He oversaw season ticket sales.

9. Clyde Miller died last Saturday morning while preparing to take part in the 49 Days of Gratitude Parade in Spencer. Why was Miller going to participate in the parade?
A. He was riding in the car carrying the Spencer Board of Aldermen.
B. He was riding in a Trinity Oaks retirement community van.
C. He was the parade’s grand marshal.
D. As a former fire chief, he was supposed to ride on a Spencer firetruck.

10. Jennifer and Tony Polce devote much of their free time to what Rowan County activity for their young sons, Tony Jr., 8, and Maddox, 5?
A. Rodeo calf-roping
B. Quarter-midget racing
C. Sheep-shearing
D. Competition bass fishing 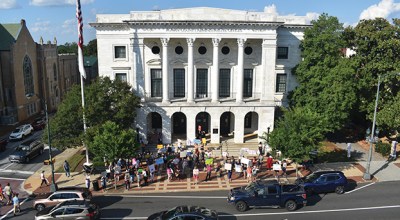 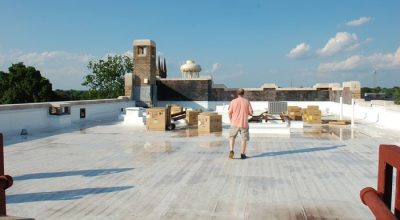 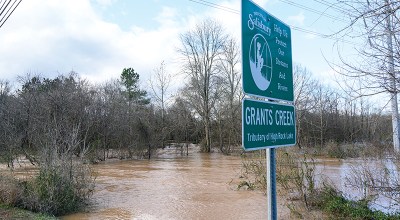 Yesterday: In 1973, some weekly specials from Mr. Max